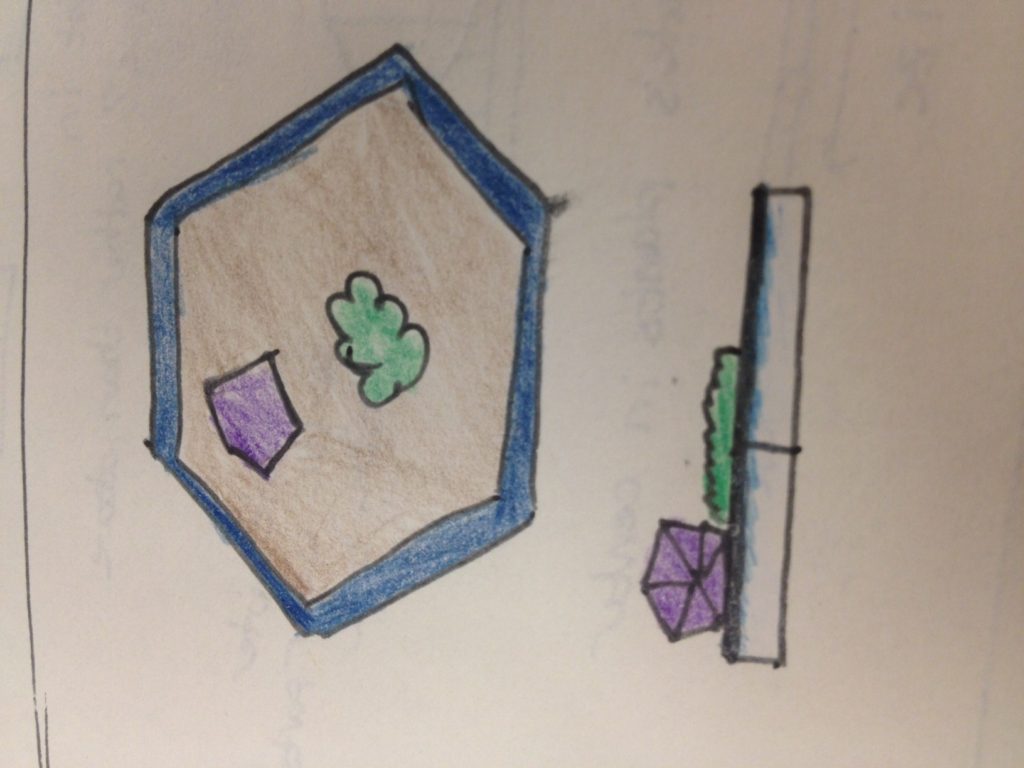 Top side of desk garden mold.

Underside of the mold. It’ll be filled this way.

Part of the dirt container printing!