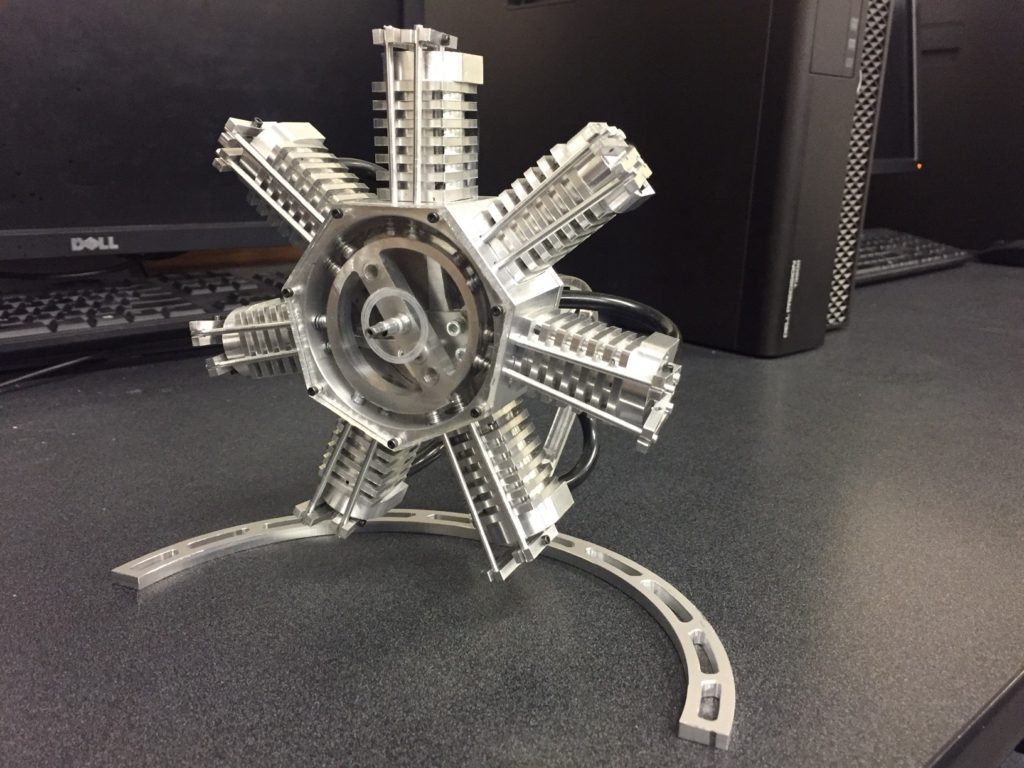 I had some issues posting (my house internet went out) and then senior design pulled me away for two days, so I’m posting a little late. Sorry!

My project is done…ish. Everything is machined and assembled, but the motor doesn’t work. The issue lies within the timing system. Basically, I tried to cut corners to make the machining easier and did away with the conventional system. I now know why there is a conventional system as my timing system is binding up and not letting the motor rotate. Therefore, I’m not even able to test it with air as there is too much friction within the system. I know the solution to the problem, but it requires a complete redesign of the timing system and the main case, something which I do not have time for at this point.

While this is discouraging, I think the motor looks really nice and this is an aesthetics class after all. I have also learned more than I thought I would about designing for manufacturability and actually using the shop tools which were two of my goals. So even though my project doesn’t work in the way I would have liked it to, not all is lost. I also think I have picked up a new hobby. One day, once I have settled, I would like to put together a small garage shop and build little engines like these. This way I would be able to really put in the time they deserve. All told, I’ve put close to 200 hours into this project and the machinist in the shop, Cameron, has put countless hours into it as well through programming, manufacturing, and helping me. While this is a lot of time, examples I have seen that work smoothly require close to 1000hrs of machining. I think throughout a year in a home shop, I would be able to produce a working engine.

Here are some pictures of the engine in its current state: