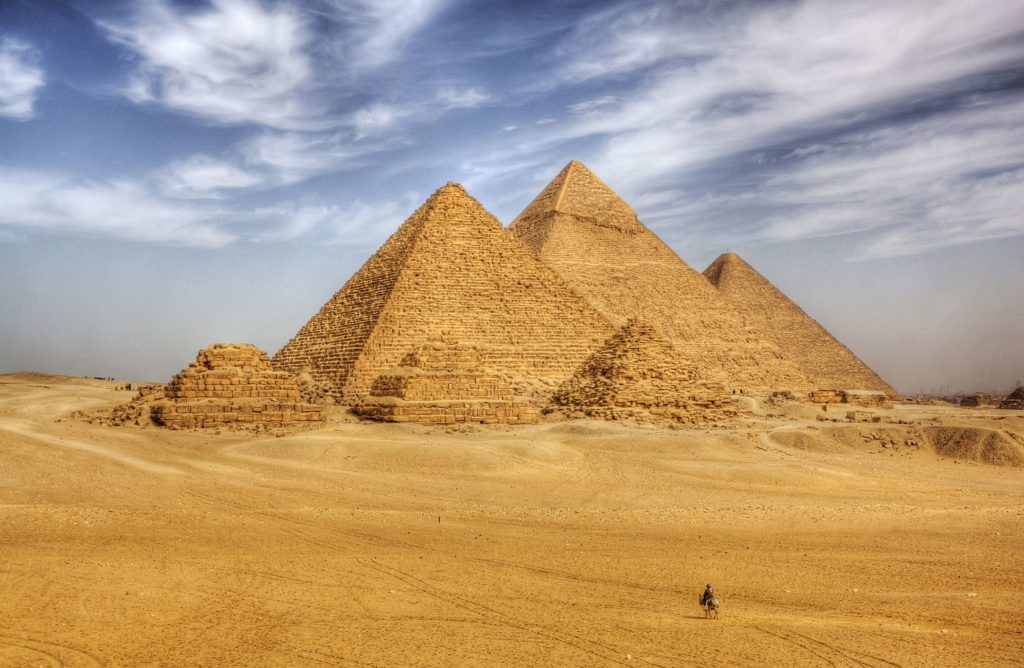 Pyramids of Giza are one of the 7 Wonders of the Ancient World and are the only one left standing. They were built from 2550 to 2490 B.C. for three different pharaohs and are located in Giza, Egypt. The tallest pyramid called “The Great Pyramid” was built for Pharaoh Khufu the second king (pharaoh) of the Fourth Dynasty. The pyramids were built to serve as a burial place for the kings and queens of the ancient Egyptians.

The construction process of the pyramids has been a mystery ever since. The Great Pyramid was built using 2.5 million blocks, where most of the blocks weigh around two tons. Although the construction may look simple from the outside, the pyramid has a lot of details from the inside. The ancient Egyptians were able to build the pyramids in a period of around 85 years without the existence of technology, nor heavy equipment.

Paintings, drawings, and texts are all over the inner walls of the pyramids. The ancient Egyptians used those symbols to communicate back then. However, nowadays, those symbols and letters are being used as a form of art, as they are considered to be aesthetically pleasing. People use the ancient Egyptian Language to decorate walls, jewelry, and many other art pieces. In addition, the pyramids themselves became famous art pieces that are being used in accessories, furniture, and jewelry. This fact has caught my attention, which led me to learn more about the art behind the pyramids.