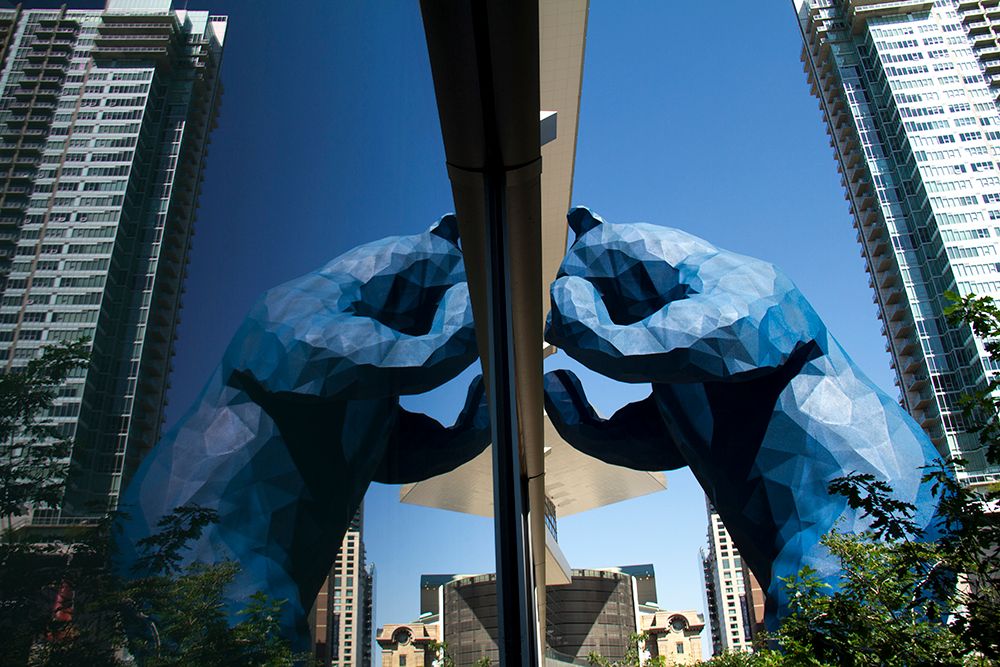 My upcycle project was firstly inspired by Lawrence Argent’s art work–“I See What You Mean”, also known as the “Big Blue Bear”. I first knew it when attending a acadmic conference in Colorado Convention Center in 2017. Spotted leaning its paws against building facade embodies the curiosity which arouses the passersby’s one about what going on inside this massive center.

Two years later, I almost forgot that bear until I paid a visit to Chendu, China this winter break. What a coincidence it is that Lawance created a similar Installation art here. The

The 15­-meter-­high artwork, “I Am Here”, hangs on the top floor of the newly opened Chengdu International Finance Square. Viewed from afar, the giant panda appears to be climbing the building.

I come from China where the panda is the icon to Colorado with strong curiosity like that blue bear. Through reconstitution of Lawrence Argent work, a sense of the destiny is reflected.