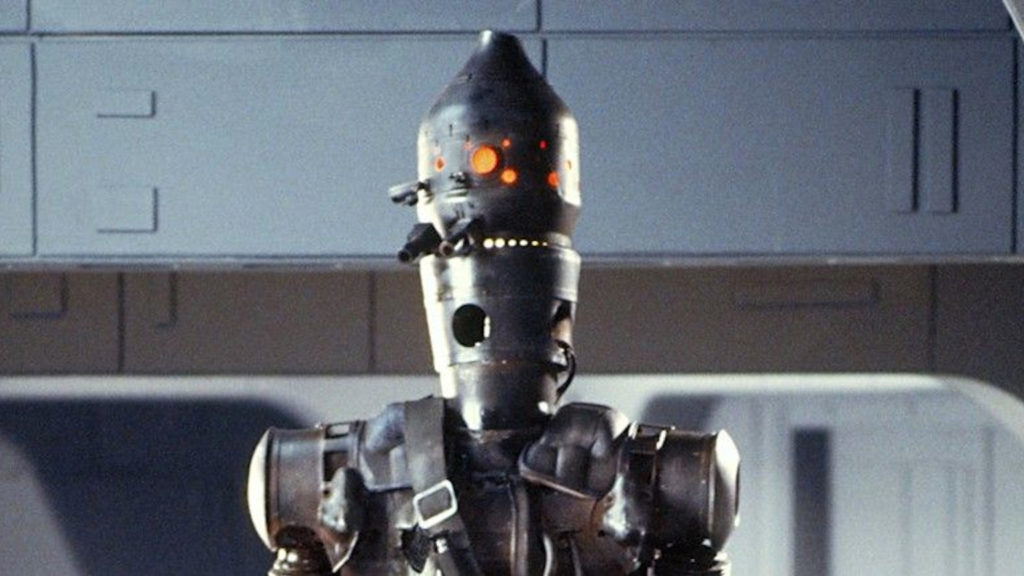 Star Wars. I am thoroughly inspired by the prop and costume design of the original Star Wars trilogy.

The aesthetic comes from props and materials that were available to the designers at the time. Costumes such as the space suit worn by Bossk were taken from previous productions.

Props were even reused from one film to another. The props in the background of the Mos Eisley cantina scene from Star Wars made additional appearances later in production.

IG-88 was a bounty hunter character in the films that made from the cantina props.

Star Wars prop and costume design were also very much influenced by the ’70s and ’80s. We can see the legacy of this in the ridiculous mustache on General Merrick from Rogue One (2016).

My main project idea is to design a bass amp that is styled as Star Wars cargo. It will be lit, and one or more features will be made with spare parts I currently have in my scrap collection.