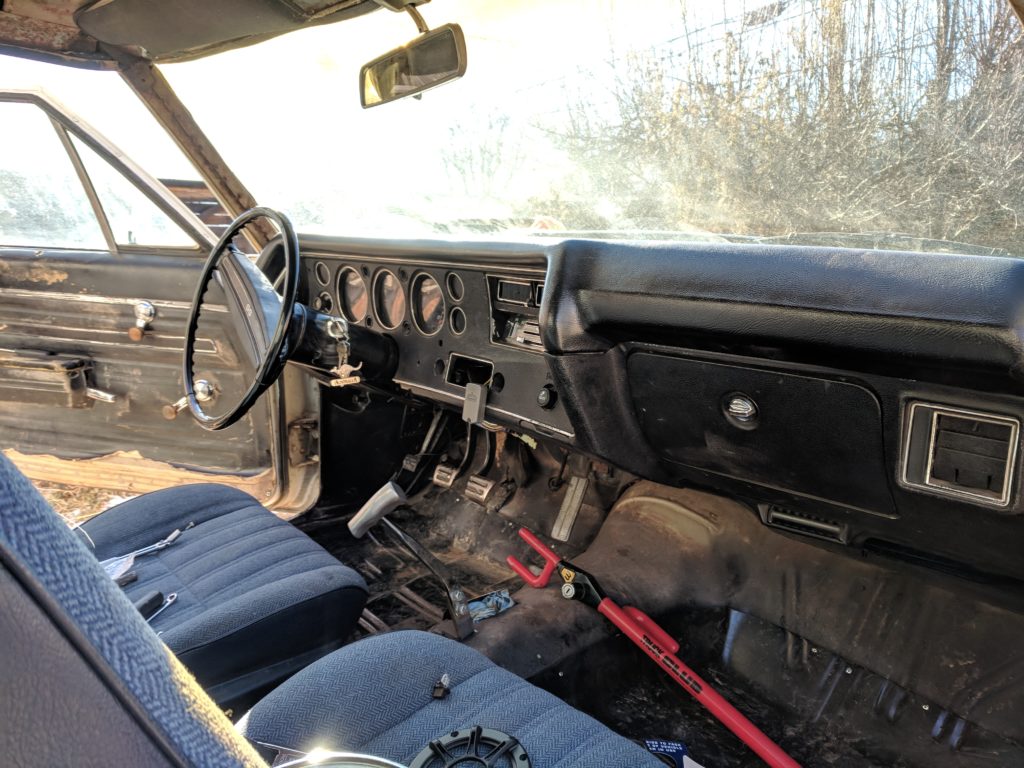 I am still not entirely sure what I will be doing for my final project. One idea I had was to make a radio for my car. The car in need of a radio is a 1970 Chevrolet. It was missing lots of interior parts when I bought it; carpet, seats, the parking brake, and the radio. To have something to listen to for now I installed an amp under the dashboard and plug an iPod directly into it. While this provided quick satisfaction, it does not permenently solve the radio issue. There are multiple possible solutions. I could find an original vintage Chevrolet radio somewhere, which would look great in the vintage SS dashboard. But these radios are 1. hard to find, 2. likely don’t work anymore, 3. if I were to find one that does work it would not exactly be “feature rich”: likely just AM radio… if I’m lucky I would find one with FM and an 8 track player. The other option I have is to put in an aftermarket unit. This would have good quality AM/FM radio and heaps of nice features like a 3.5mm jack, a CD player, or even bluetooth. This option has two big downsides. I would have to modify the car’s dashboard for such a unit to fit, which would be blasphemous to do to an authentic Chevelle SS dash. I also simply HATE aftermarket radios. They’ve got fake plastic shiny chrome and flashy LED lights and look like they belong in the Starship Enterprise, not your P.O.S. 2001 Honda Civic. Another option on the market is a modern radio built to fit into a classic car. I am avoiding this option, too, though. They are not priced cheap, but they are built cheap (reliability issues). There is a fourth option, though. A less travelled path in the car radio world. I am going to build my own radio unit. I can make it look however I would like and give it whatever features I would like.

The biggest constraints that I foresee:

The interior has been much improved since the featured image. It is just the first picture I found that shows the dashboard.

In an automatic carwash… the windshield and back window seals leak in water so carwashes aren’t very fun.