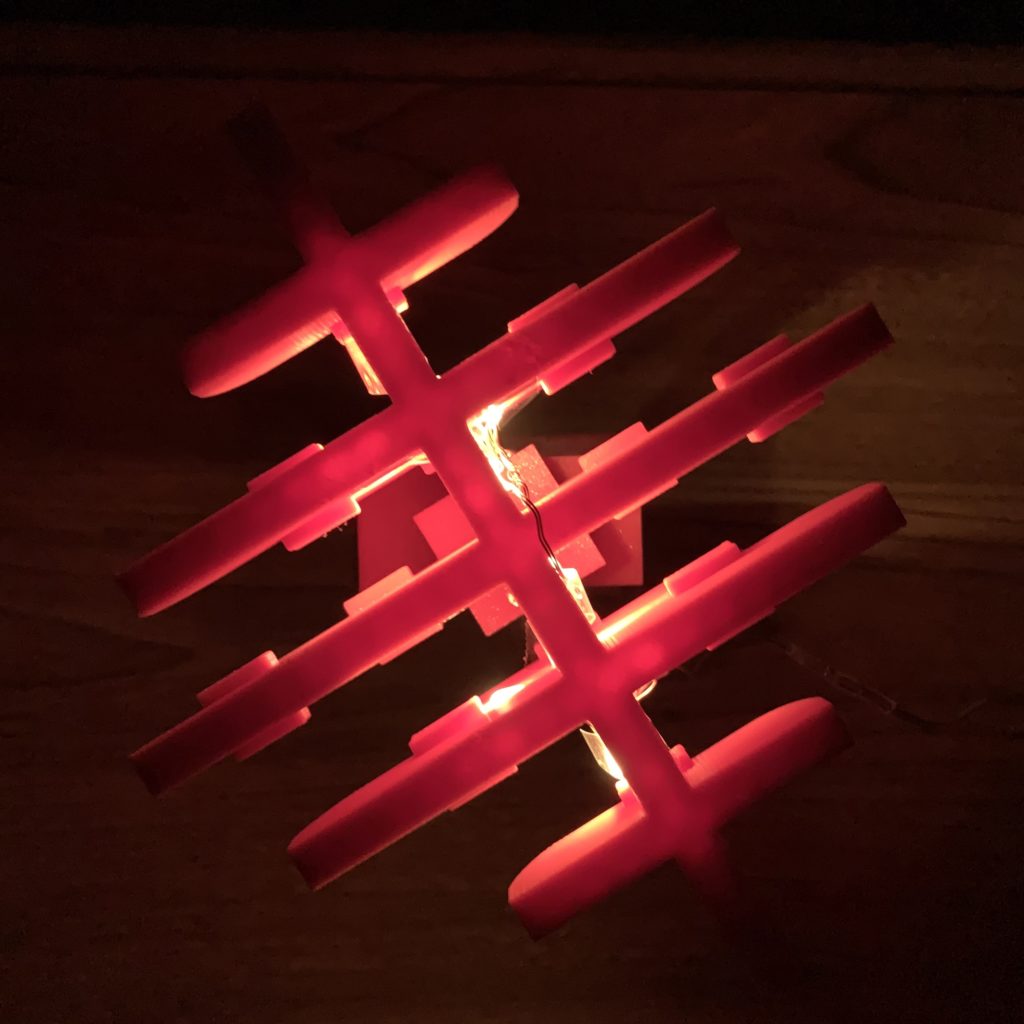 Inspiration: Dated back to nine years ago, 2010 EXPO was hold in my home town Shanghai. It’s an impressive and unforgettable memory for me when I was teenager. The China pavilion, colloquially known as the Oriental Crown, was the largest national pavilion at the Shanghai Expo . The architectonic feature of the building was inspired by the Chinese roof bracket known as the dougong as well as the Chinese ding vessel. The dougong is a traditional wooden bracket used to support large overhanging eaves which dates back nearly 2,000 years. It symbolizes the unique charm of Chinese architecture and the unity and strength. I get inspiration from this construction and plan to reconstitute it in another way.

At beginning, I thought about to make a coat rack with a Dougong on the top of it. 3D print is the methodology of fabrication. I took a workshop in ITLL to figure out if it’s practical to use this cutting-edge technology in my project. Unfortunately, it turned out to be quite challenging. Neither the time nor the equipment is available to me. Thus, I decided to create a camping light instead. Controllable and delicate.

Sketup was implemented as the 3D design software. Beginning with small brackets, male and female parts are drawn along with supporting brackets. Then slide them into STL file. I tried two different procedure. One is printing out the top part as an integral and the other one is duplicating these small pairing brackets in the STL.Then assemble them manually just like what ancient architect did in China.

I bought PLA material for 3D print from ITLL at $15. Since it’s closing to the final week, prototype room was quite busy making it hard to find an empty 3D machine.Finally I catch a one but the extrude head of it had some annoying problem. It went pretty smoothly until it came to generate the higher part of the component. I failed for several times wasting almost three days on it. I told this tragedy to my colleague. ‘Why not try our office’s one? We have a robust machine here!’

Here is the original parts I got from the printer. The black one is the supporting material created by the machine to make sure the rigid of the product. A special washing machine sitting besides the printer with a  detergent did the landry work.