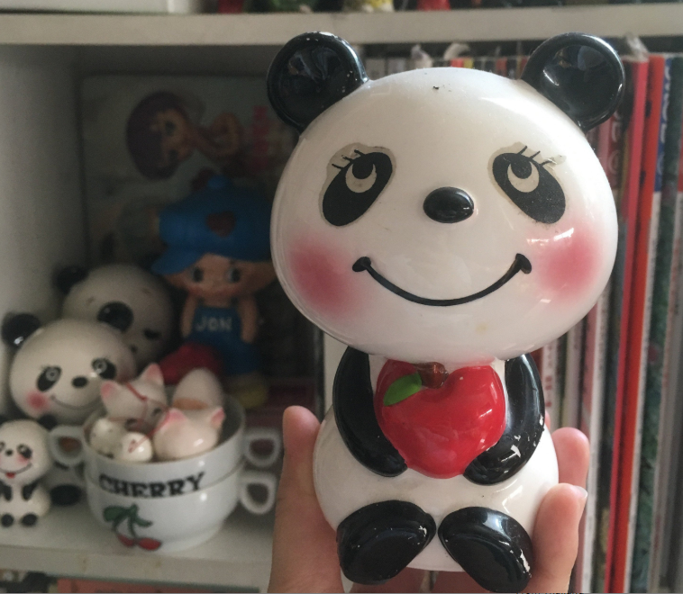 “Kawaii” or “cute” is an aesthetic that has become widespread throughout Japan, and it started gaining traction as early as the 1950s. Rune Naito is credited with being one of the earliest pioneers of this aesthetic, with the creation of his “Rune Girl” characters, defined by their large heads and baby-faced features. By 1971, he created the “Rune Panda,” depicted below, which became one of the most ubiquitous characters.

And the highest grossing franchise of all-time also is a major player and influencer of the “Kawaii” aesthetic – Pokemon. Below is a depiction of the most recognizable character, Pikachu, as created by Atsuko Nishida and Ken Sugimori in 1996 with company Game Freak.

The two highest grossing franchises of all-time ($90 billion and $80 billiion, respectively) are defined by and simultaneously helped create the aesthetic of “Kawaii.” With such a massive generation of revenue, it’s easy to see why the “Kawaii” aesthetic is worthwhile, but it’s very difficult to say exactly why it gained so much traction. I think much of it stems from the human nature to find babies to be cute, meaning things with proportionally big eyes and innocent looking features will be found appealing across nearly every culture and age range.

“Kawaii” has grown to be a major underpin of marketing and branding throughout Japan – just look at this picture of a Japanese snack aisle:

Well over half of these products has a “Kawaii” mascot on its front. The bright colors and undeniably cute characters is a sure-fire way to catch the eye of any customer.

Outside of branding, marketing, and franchises, idols such as Seiko Matsuda (a very popular pop artist) served to further spread the idea of “Kawaii.” Her popularity started in the 80s, and she continues to be in the public eye of Japan, even earning the title of “Eternal Idol.”

Such huge franchises as Hello Kitty and Pokemon obviously grew their sphere of influence to outside of their origin country, Japan, and the aesthetic of “Kawaii” grew with them. Looking to South Korea, a massively successful franchise called LINE FRIENDS fits the Kawaii aesthetic to a T:

The LINE FRIENDS were created by Kang Byeong Mok, and is a franchise managed by Naver Corporation. Another example of “Kawaii” spreading beyond Japanese borders is Funko’s POP! Figurines:

Funko is an American toy company, and the vinyl figures of pop culture characters like Daenarys helped them generate more than $500 million in revenue in the year 2017.

I personally find the aesthetic of “Kawaii” to be one of my favorites, and a good example of Expressionism. The irresistible urge to say “aww” or to crack a smile when you look at something truly “Kawaii” will anchor it as one of the top aesthetics for many, many years to come. I love that just looking at something with this aesthetic can uplift your mood, and it is something I am very excited to explore with my upcoming projects for this semester.