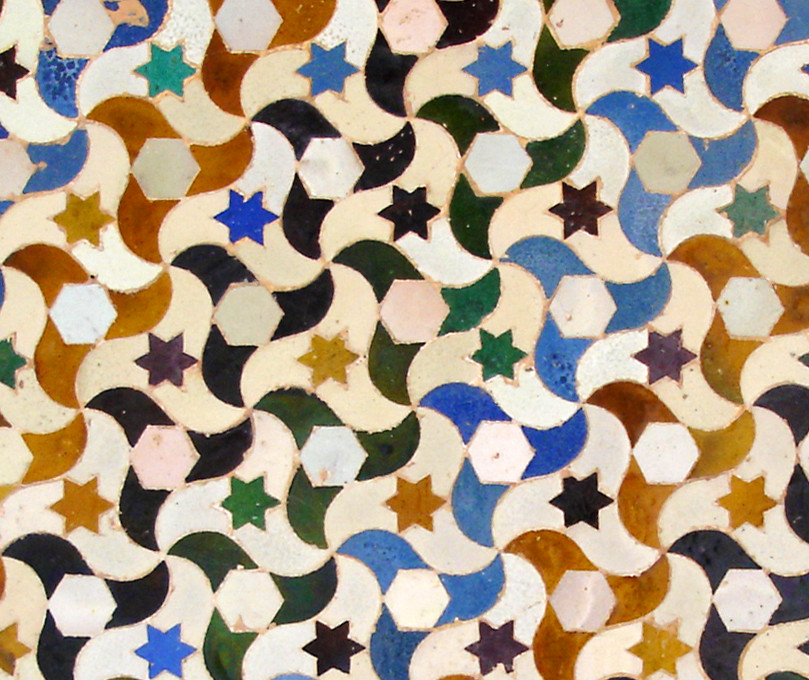 A tessellation refers to the repeated use of geometric tiles to fill a larger space without any gaps. In this way, tessellations combine both artistic ideals and mathematical problem solving. Initially though, tessellations served a more decorative purpose, dating back all the way to 4000 BCE where Sumerians utilized them in patterned clay walls [1].

Tessellations were also common in Ancient Rome and Islamic art, but it wasn’t until 1691 that the previously decorative trend found its way into traditional mathematics. In Johannes Kepler’s Harmonices Mundi (Harmonics of the World), polyhedrons are explored in the context of polygons creating more complex three-dimensional shapes about a fixed, central point. This book provided the platform for mathematicians to more deeply explore the previously artistic combinations of polygons known as tessellations [2].

In 1879, Evgraf Fedorov published Basics of Polytopes, in which he classifies 17 wallpaper groups in which tiles can fill a planar surface. Wallpaper groups are a mathematical classification for patterns frequently used in textiles and architecture. As an example, the wallpaper group pm refers to patters with horizontal and/or vertical repetition of tiles [3].

The work of Fedorov opened the door for further mathematical analysis of tessellations but wasn’t pursued further artistically until M.C. Escher. Escher was born in 1898 in the Netherlands. While he faced little recognition during his lifetime, he has since become famous for his works combining art, mathematics, and illusions [4].

Based on early sketchers from Escher, it is theorized that his work in tessellations were inspired by textiles seen in a Spanish palace, known as Alhambra [4].

M.C. Escher referred to tessellations as regular divisions of the plane, which was also the title of a book he published in 1958. In Regular Division of the Plane, Escher included 137 drawings illustrating tessellations [5].

As can be seen above, Escher was largely inspired by nature. While the geometry behind determining this pattern is impressive, Escher didn’t stop there. He furthered his work by bringing life to mathematical concepts. This idea was furthered in many of his works in Regular Division of the Plane.

In summation, tessellations provide in an aesthetic that is pervasive through many aspects of our lives. It combines mathematical problem solving with decorative patterns. The phenomenon can even be found in nature.

Honeycomb is another example of tessellations [1].

Therefore, it requires a balanced and well-versed individual to pursue tessellations in a design context. They must understand patterns, mathematics, and the natural world.