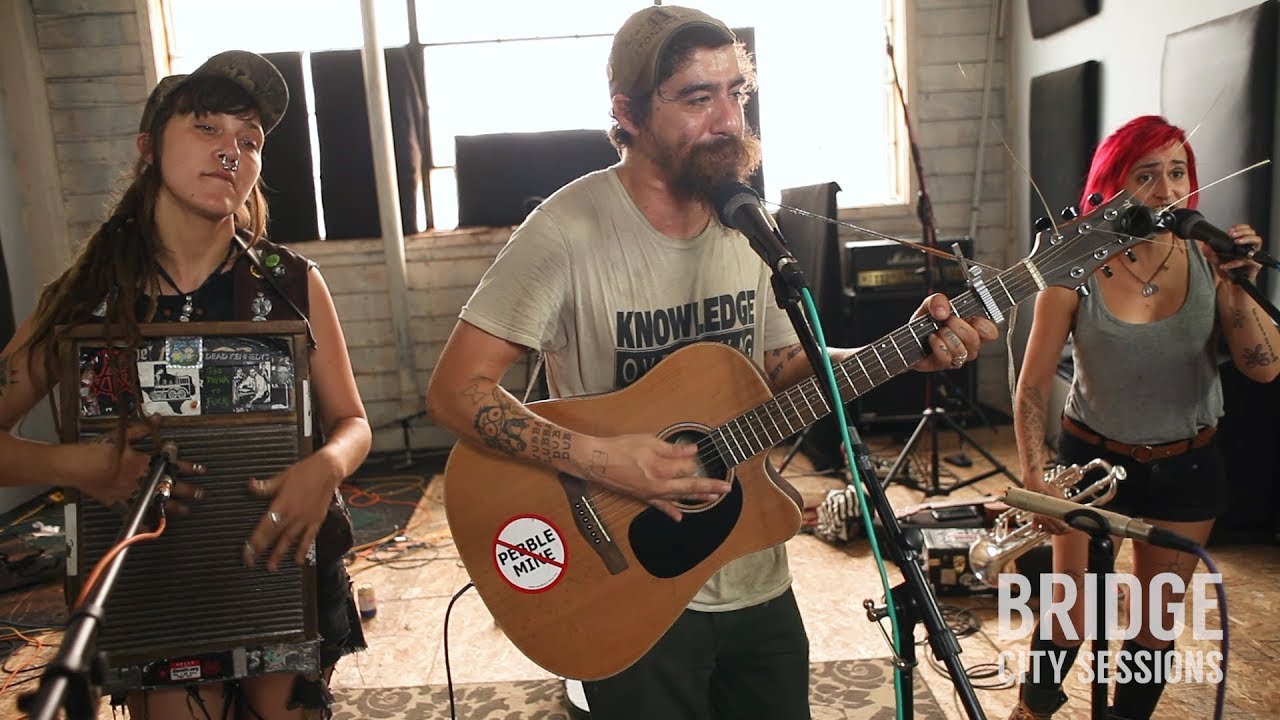 Crust punk is a sub-genre of punk music made with acoustic instruments including but not limited to guitar, banjo, mandolin, washboard, washtub bass, or whatever else you could realistically transport easily while being homeless. Crust punk generally relies on the idea of complete rejection and disillusion with modern opulence and rebellion against traditional values. The music produced by crust punk bands often has themes that revolve around homelessness, anarchism, alcoholism, drug use, LGBTQ+ culture, and an overwhelming feeling of hopelessness about the future. Some notable crust punk bands are Days n Daze, Jesse Stewart, and Rail Yard Ghosts.  Some entry level songs I recommend are “A Month From Now” by Rail Yard Ghosts and “Misanthropic Drunken Loner” by Days n Daze looking up either of these songs on Youtube will paint a pretty good look at the people who embrace this aesthetic.

From a first glance the first thing that comes to mind when looking at someone who embraces this aesthetic might very well be “homeless”. Often times this assumption is not incorrect as a decent amount of people who are truly committed to the crust punk lifestyle are homeless. In fact, many true crust punk bands lose popularity in the community if they begin playing larger venues that, for example, have electricity. Furthermore many of these people get their money from playing music in public locations for donations or busking. This is key in the community as much of the music is incredibly free form and relates to the life of the person performing.

Visually, someone embracing the crust punk life will be in tattered clothes that were either found tattered or become tattered from extended use. Many of these clothes are in earthy tones and have its common to wear pieces to create an aesthetic such as suspenders, wide brimmed hats. Futhermore, many aspects of traditional punk aesthetic come through such as vests with patches, spikes on things, and band paraphernalia. Hair for someone embracing the crust punk life is often dreaded, colored, and unwashed. Piercings and tattoos are another big aspect with much of it being DIY via the stick n poke method. Firstly, because they’re broke and can’t afford actual tattoos, and secondly, because it is an act of rebellion against traditional values. Not everyone who is into crust punk is necessarily homeless, but the same values stand; rejection of traditional values and capitalism

If you were to look at the house of someone who fit this aesthetic and still had a house it would most likely be fairly minimal and what is there would be simple and reused. Mason jars for glasses, DIY or old table with assorted cheap chairs. Most likely the most expensive thing in their house would be a guitar.