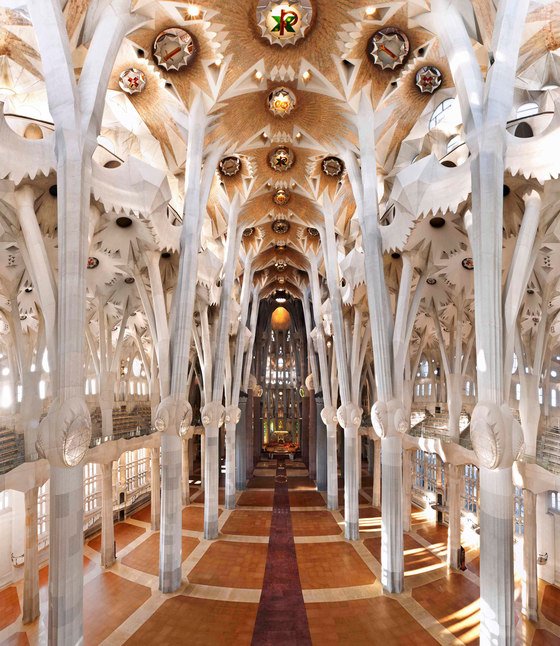 Biomimicry, or biomimetics, is the study and imitation of nature for the purpose of solving human problems.

The idea of biomimetics reaches all the way back to Leonardo da Vinci (1452–1519), who drew flying machines based off of the study of bats. The concept of biomimetics was developed in America in the 1950s, by Otto Schmitt, who studied the nerves in squid in an attempt to design a device that replicated the nerve propagation.  In 1969, Schmitt used the term “biomimetic“ in one of his papers, and by 1974 it was in the dictionary. Biomimicry appeared in the early 1980s, and was popularized in a 1997 book Biomimicry: Innovation Inspired by Nature. She defined biomimicry as a “new science that studies nature’s models and then imitates or takes inspiration from these designs and processes to solve human problems”. Today, biomimetics and biomimicry are used interchangeably. [1]

Biomimicry as an aesthetic involves copying the complex structures and intricate details found in nature, often with curves and flowing surfaces.

One of the most common examples of biomimicry is Velcro.  Velcro, also known as the hook-and-loop fastener, was invented by a Swiss engineer who took a closer look at the burrs on his dog after going for a walk. He examined the burr under a microscope and saw how the small hooks of the burr and loops of the fur allowed the burr to adhere. This ignited his idea to mimic the structure as a potential fastener. [2]

In architecture, biomimetics has been used everywhere from small interior decorations to entire structures.  One architect who utilized biomimetics is Gaudí, known for the Sagrada Família and Casa Batlló.   In the Sagrada Família, Gaudí designed the interior of the church as if it were a forest, where the columns were imagined as trees, dividing into various limbs and branches as the columns get taller.  The figures below show these columns. [3]

Figure 4: Close up of columns designed to resemble trees

Casa Batlló is a renovated house designed by Gaudí.  He took many ideas from nature. Each room has its own unique energy, and the entirety of the house has almost no sharp corners or straight lines.  The loft, one of the rooms shown below, generates a space which invokes the rib cage of an animal, such as the belly of a whale.

The entrance hall resembles an underwater environment, with different shades of blue, no sharp edges, and skylights that resemble turtle shells.

The rest of the glass resembles an underwater experience in different ways.   The cathedral glass that adorns the landings on each floor also evokes a deep sea feel, and the outer facade has gentle curves, with mosaics and tiles that play with the light.

The Japanese bullet train is another example of biomimicry.  The original trains were so fast that they caused a loud booming sound when exiting tunnels, disturbing people and wildlife. The booming was due to the flat face of the train, which built up a cushion of air in front of the train when in the tunnels.  The chief engineer on the project was a bird watcher, who witnessed Kingfisher birds dive into water with very little splash. They modeled the front of the train after the Kingfisher’s beak; this not only resulted in a quieter train, but it used 15% less electricity while traveling 10% faster than it’s original design. [4]