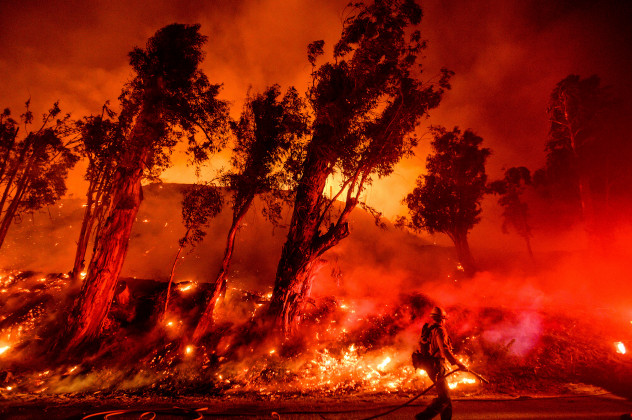 The fire aesthetic is one which pertains or relates to the element of open flames or objects which are burning. Fire has always been revered for its many useful purposes as well as its raw power and destructive capabilities. Fire has been around since the beginning of time, and man has interacted with it ever since. I think what makes fire such a unique aesthetic is its natural occurrence in nature and its ability to provide comfort to humans, but on the other hand capable of wiping out forests, leveling cities, and destroying anything in its path.

This photo taken of a California wildfire in November of 2019 clearly depicts the raw power and destruction that fire can cause. The deep, dark colors (reds and oranges) surrounding the destructive aspect of fire stir up an unsettling emotion to the viewer. It brings sadness for the loss of beauty in nature and solemness for the understanding of the destruction wildfires have on the earth.

This painting from the 1800s by Joseph Turner vividly depicts another facet in how fire can be used to destroy man-made structures, and harnessed to wage war and cause destruction. This painting accurately shows the sheer massiveness of fire, and its ability to consume. The bright orange and yellow brings heat to the painting and makes it come to life.

Fire can take a very tranquil and calm form such as a still burning candle. In this fashion fire illuminates dark places, and provides a feeling of warmth and security and acts as a symbol of peacefulness. 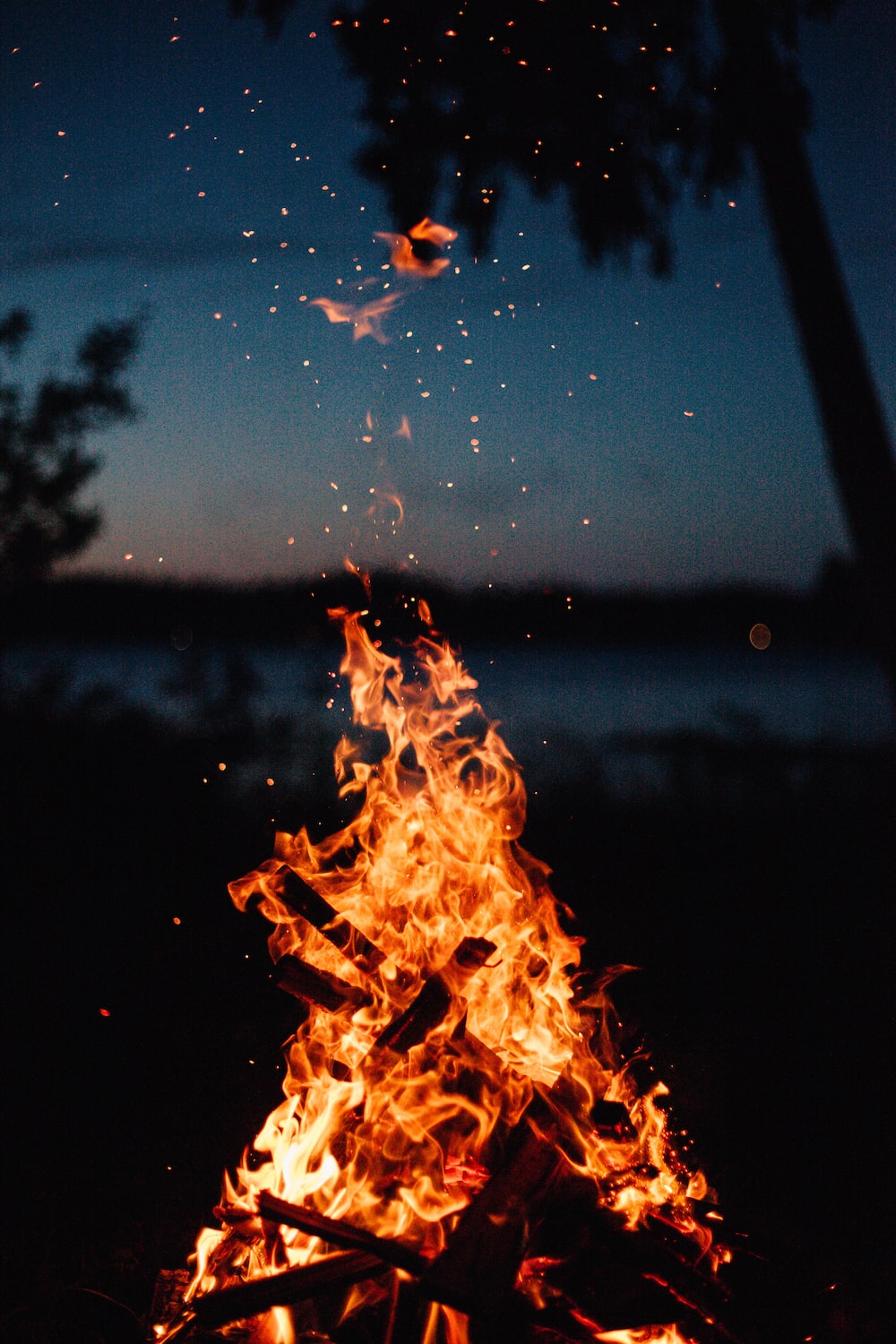 Campfires provide a source of physical heat to keep people warm and act as a center to bring communities together. This form of fire gives people the sense of coziness and belonging. Its warmth stirs emotions of happiness and joyfulness in its controlled form.

Fire in its natural form also represents the circle of life in nature and new beginnings. After its destructiveness new life appears. I see fire as a dichotomy representing many opposites all in one. Destructiveness and new life, danger and comfort, light for the darkness, loud and subtle.

The fire aesthetic is not only used in photography but also paintings in order to capitalize on human emotion and visual stimulation. Some renderings convey emotion of fear and darkness such as this painting by Shantharam in 2010.