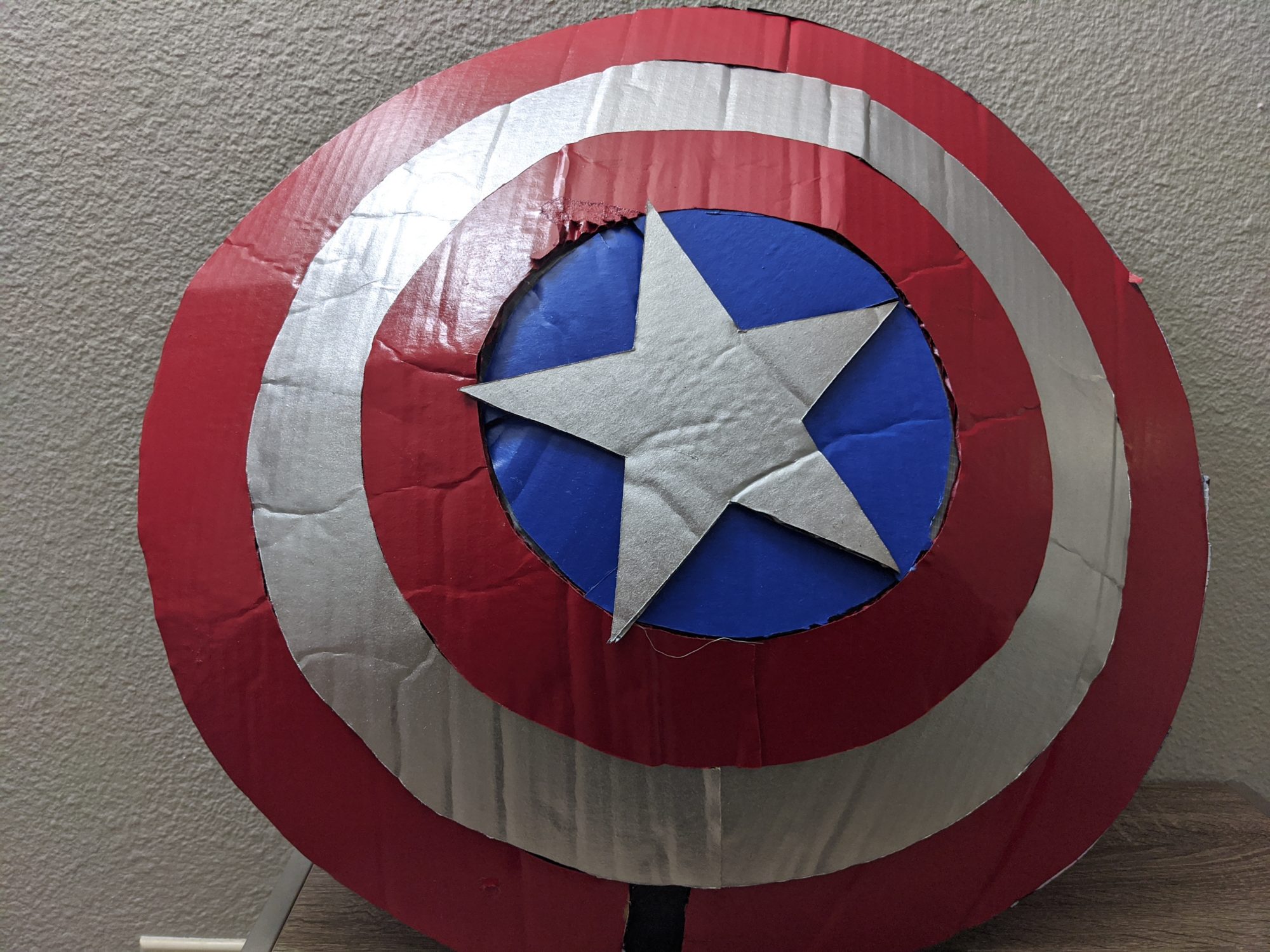 The goal of this project is exactly as it sounds; the purpose is to create some sort of structure, artwork, aesthetic with the use of cheap and recycled materials. This can be anything from recycled paper, plastic spoons, leftover food packages or cardboard. For my upcycle project I happened to have a lot of large cardboard planes sitting at my house so I’d thought it would be a great idea to make some sort of weapon out of the cardboard; which the end product turned out to be Captain America’s Shield.

The upcycle project that I had in mind was some sort of sword that was made from cardboard cutouts which were stacked on top of one another. I am a big fan of comics, anime, and videos games so I initially wanted to make a cool looking sword from the Final Fantasy Series owned by the character Cloud. The image of the sword can be showed below. I wanted to do something fun that’s durable enough to swing around and have fun with. As I thought more and more about this project I realized that maybe this sword would not be recognized by the audience; this then pushed me towards doing something that would fall into the category of Aesthetics in Pop Culture. With more research on iconic weapons I eventually fell on the idea of making Captain America’s iconic shield. Hence the research on how to make the shield had begun.

The first step was to print and tape the cutout of the PDF file together which is shown below.

Once all the pieces were taped together, they were glued straight onto the cardboard sheets that I had. Regular glue was used for this process and the results of the step is shown below.

Cutting these shapes out with a box cutting was then done. After the pieces were cut, the next step was to paint them to their respective colors. Spray paint was used to paint this outdoors and three coats of red, blue, and silver were used.

The outer and largest ring, as well the smallest ring were painted a bright red color, the middle ring along with the star were painted silver, and the rest of the pieces were painted blue.

Once all parts were dried and painted the next step was to assemble the whole shield. The back of the shield was stuck together with lots of duct tape. The duct tape was taped all across the entire back for structural rigidity and to keep the concave in the shield.

Handles were also added to the back for easier handling.

In conclusion the ending results of the shield looks great with a very durable structure.

All functional goals were achieved as I wanted the structure to be durable enough to play around with, and usable enough to swing just like Captain America’s shield.

The artistic goal was also achieved as it is easily recognizable through the iconic Captain America Shield layout, as well as the object looks aesthetically Pop culture enough. The shields colors also pop out very well and the paint colors matched well.

For future goals I would like to make the shield a smoother surface by using something such as acrylic so it’s smooth and has a higher structural durability. I want to be able to actually hit things with it without it breaking too much.