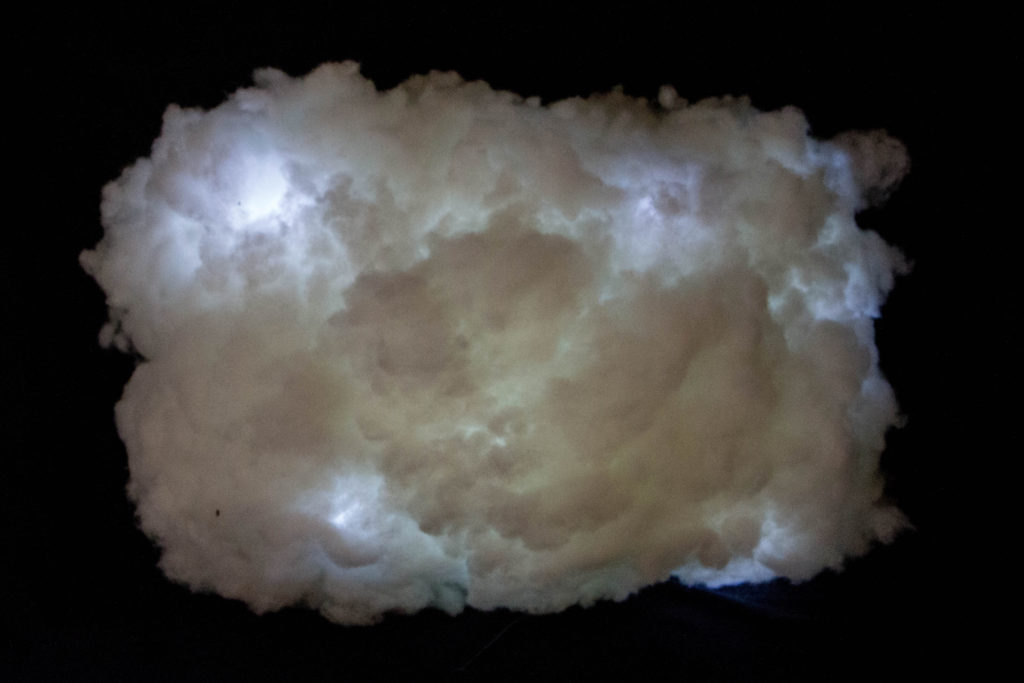 I created a thundercloud light fixture. It contains many LEDs that flash randomly like lightning. It is made to hang from a ceiling. I was inspired to create a light fixture that mimicked something in nature.

The cloud itself is made of polyfiber pillow stuffing. LEDs were wired throughout the pillow stuffing to resemble bolts of lightning. The LEDs are attached to an Arduino UNO with a Mux Sheild II add on. The Mux Sheild II allows for 48 output pins. This allowed for a greater number of LEDs/lightning bolts in the cloud. The entire cloud is built around a cardboard poster board. The board hold all the hardware needed to run the lights, the arduino and breadboard. The arduino is run off a 9V battery. The polyfiber is attached to the board using spray adhesive. Clear hanging wire is also attached to the board and runs out the top of the cloud, so you can hang it from the ceiling. The wire is arranged so that it should be hung from a hook.

This picture is of the back of the cloud after all the assembly was complete. The left side is the bread board. The right side is the arduino and battery.