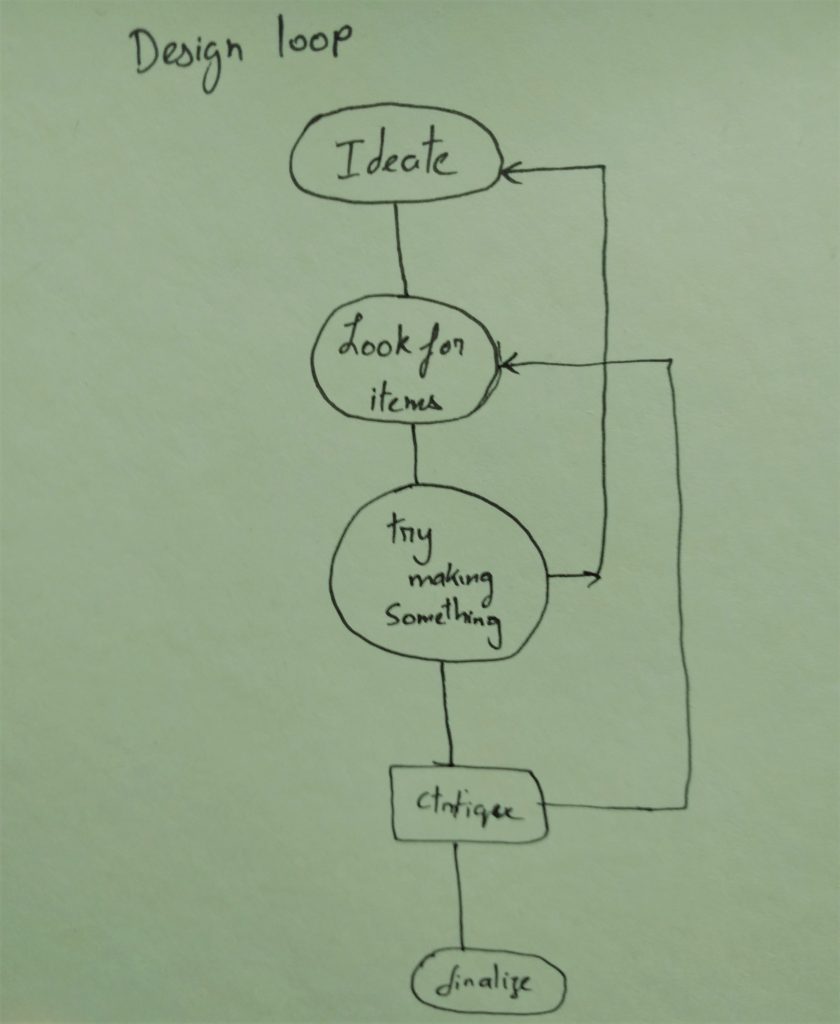 My project started out without any set goal or a direction. After taking tedious classes which requires planning just shy of a German train schedule. It was much more tempting for me to remove the cobwebs out of the creative thinking section of the brain and let those neurons loose. Luckily for me, being a Resident Advisor has it’s perks. I have access to a resource room, with tons of crafting material; however, I was more interested in the junk. I initially started with an idea of making an array of Bat-gadgets (although I must say, the shark-repellent Bat-Spray would have been a challenge!) I started out cutting out a template out of discarded foam-boards to make some Batarangs. Admittedly they looked cool, but it didn’t wow the person I showed it to or even raise an eyebrow for that matter. So back to the drawing board I went, which in this case was the discarded electronics trash-pile where I found a rather interesting artifact. I found a heat sink which had groovy patterns (sad, but pun intended). I started Ideating again as to what could be made with it. I decided to make ‘trees’ out of some wood sticks. Lo and behold, I had mecha-bonsai. I showed it to my teammates, Gautham and Ryan and they gave me some amazing feedback. Hence I am in my final design phase where I make the tree branches three dimensional and add more color to it.