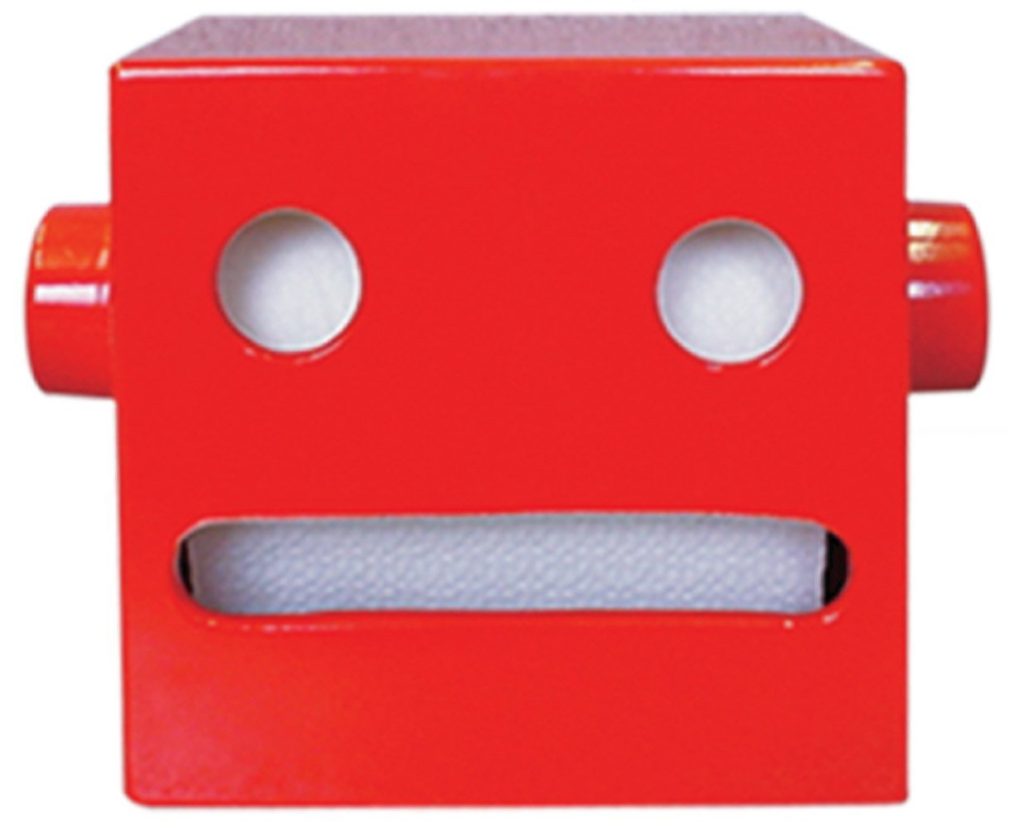 My main project idea wasn’t inspired directly by an item or movement, but instead came about while brainstorming. This brainstorming session however was inspired by this image:

Although I enjoy the symbolism involved in the image, the juxtaposition of the hammer nailing itself also appealed to me. I began to think of items in everyday life that could be reinvented or enlivened while still imagining the image above. This led to my first sketches of brass knuckles somehow being soft instead of hard. Initially this began with bristles on the end of the knuckles. This quickly iterated to a new toothbrush design with brass knuckles for holding the brush. Although I really enjoy this idea, I felt like its functionality would suffer.

My brainstorming stumbled around some more and I began writing down whatever crazy idea popped up. I considered a new fire hydrant aesthetic, a laundry basket with skis to be more adapted for stairs, a flannel t-shirt (no collar), and finally a toilet paper roll. I liked the idea of enlivening a toilet paper roll because it is something so common in our everyday lives but it is seldom celebrated aesthetically.

My final project will be a toilet paper roll dispenser. My first sketches involve a face surrounding the roll. I knew the design would most likely be restricted as a box around the roll. After researching toilet paper dispenser designs, I found several box designs that all seemed to use some variant of a robot face. My final design does not use a robot face, however these designs have inspired me to design a dispenser that will be fun and colorful.

After thinking about the manufacturing process for my project, I have decided that 3D printing could be utilized to create complicated patterns for the front face of the dispenser. The ease of creation means that multiple designs can be printed and swapped out depending on preference. I plan to create several faces and perhaps a city scape outline. By 3D printing, the negative of the image will be where the empty space in the plastic is. This will create a pleasing and also functional effect where one will be able to see how much toilet paper is remaining in the dispenser.