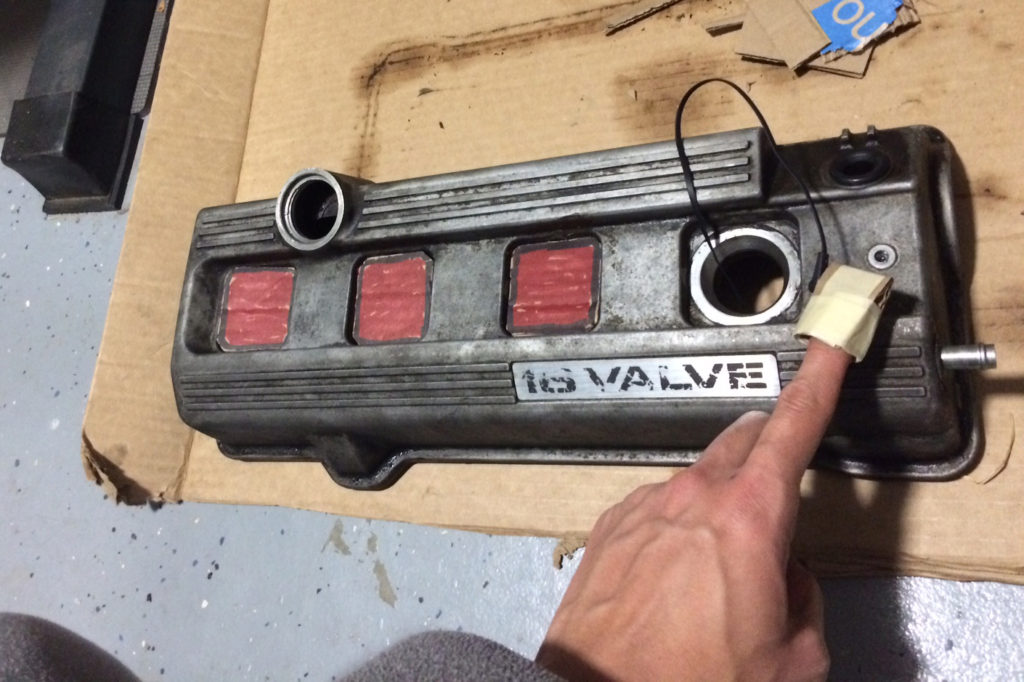 My project will be to create a device that measures the heartrate and flash red LEDs at the same rate as the heartbeat. I am keeping the upcycling theme and using an old engine valve cover to house all of these components.

For the prototype, in order to demonstrate the aesthetic, I decided to start building the device without any of the functional parts.

Step 1 – I removed the valve cover from a 1999 Toyota Camry that my friend has lying around. It was simple enough to disconnect all of the components and pull the cover off.

Step 2 – Using hot water, dish soap, and a sponge, I scrubbed the valve cover for about half an hour. It made a big difference, but I would like to clean it up some more. As suggested during the critique, I will try soaking it in a cleaner and using a pressure washer to clean the cover some more.

Overall, I like the aesthetic the prototype demonstrates. This prototype will turn into the actual product. I am calling this look “Industrially Chic Automotive,” as it represents the industrial look with the engine part, while the cleanliness will make the device appear chic.