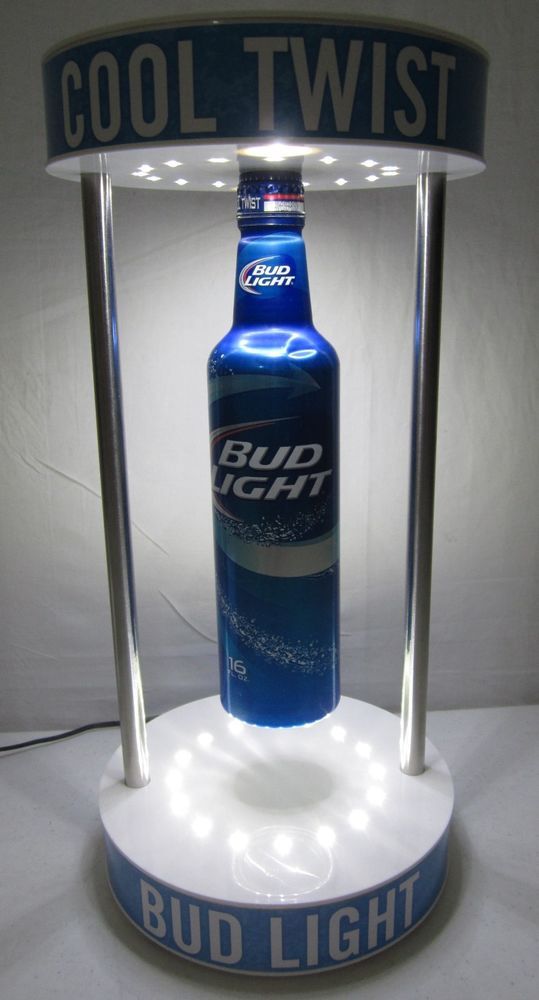 For those of you unfamiliar with my project, I decided to try my hand at a magnetic levitation stand. Basically, this is just a series of magnets, both electromagnets and traditional metal magnets, used to keep another magnet suspended midair. The idea came from a camping and fishing trip I had last summer to Hells Canyon, ID. One they way home, I stopped at a dive bar in a random town in Idaho. Next to the bar, there was a display similar to the one shown below in Figure 1.

This really got me thinking about what exactly was going on inside this device. I did some quick google searching to see what I could find out the next morning. Unfortunately, my search yielded no results and, after some time, I had forgotten about that experience and moved on with my life. Now, flash forward to the beginning of this semester, the idea pops back into my head as an idea for a final design project.

The most difficult part of this project was making it functional. I had no idea how I was going to make a magnet float and stay floating. I attempting something with an arduino motor, thinking that I could spin a magnet fast enough to create a stable magnetic repulsive force to float another magnet. This experiment was met with failure immediate. After much research on the topic, I came up with an idea that seemed more feasible to prototype out. A rough concept sketch for this method can be seen below.

Figure 2: Cross sectional concept sketch for how this device would work.

Once the prototype proved to be functional, I began designing the housing that was to go around it. I had 3 aesthetics that I played around with in the design phase; arts and crafts, art deco, and steampunk. These sketches can be seen below in Figures 3-5.

The design I ended up going with was more of an art deco look. I liked the stepped tiers on the sides of the base, giving it a trophy base look. Once the design was printed, I added some PCB LEDs around the outside of the circuit board so that the display would have some lighting. The final product can be seen in Figures 6 and 7 below.

The total cost breakdown for this project is as follows:

This cost breakdown is for the final product, this does not take into consideration all the materials I purchased that were not used or were used in the testing procedures.