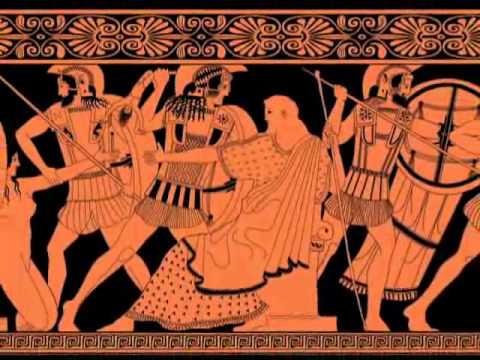 The ancient greeks were known to be one of the most influential civilizations to mankind and are known to have shaped the way we think about the world and ourselves. The ancient greeks dabbled in many things including art and pottery. Pottery was very important to the greeks as it was a means of storage to them before it became a means to express ones self. When pottery was taken up as an art form it was the Greeks’ way of expressing the revival of their civilization after the collapse of the Mycenaean- Palace culture which happened around 1200 BCE. There are four main styles of pottery the greeks used, geometric, corinthian, black figure and red figure. Geometric and corinthian pottery was used to depict abstract motifs which give representations such broad lines, circles and long strikes, with corinthian pottery being a bit more complex. As time progressed the greeks moved away from geometric and corinthian and started using black and red figure pottery as more detail could be achieved with them and they became common between the 7th and 5th centuries BC, it also worth to mention that when black figure pottery was invented even the sexes were differentiated by using white lines for women while the men remained completely black. As the rise of black figure pottery continued, more complex and detailed shapes and patterning were used in the images depicted on the pots. The most famous black figure pottery art is the Attic amphora by Exekias depicting Achilles and Ajax playing a game during the Trojan War.