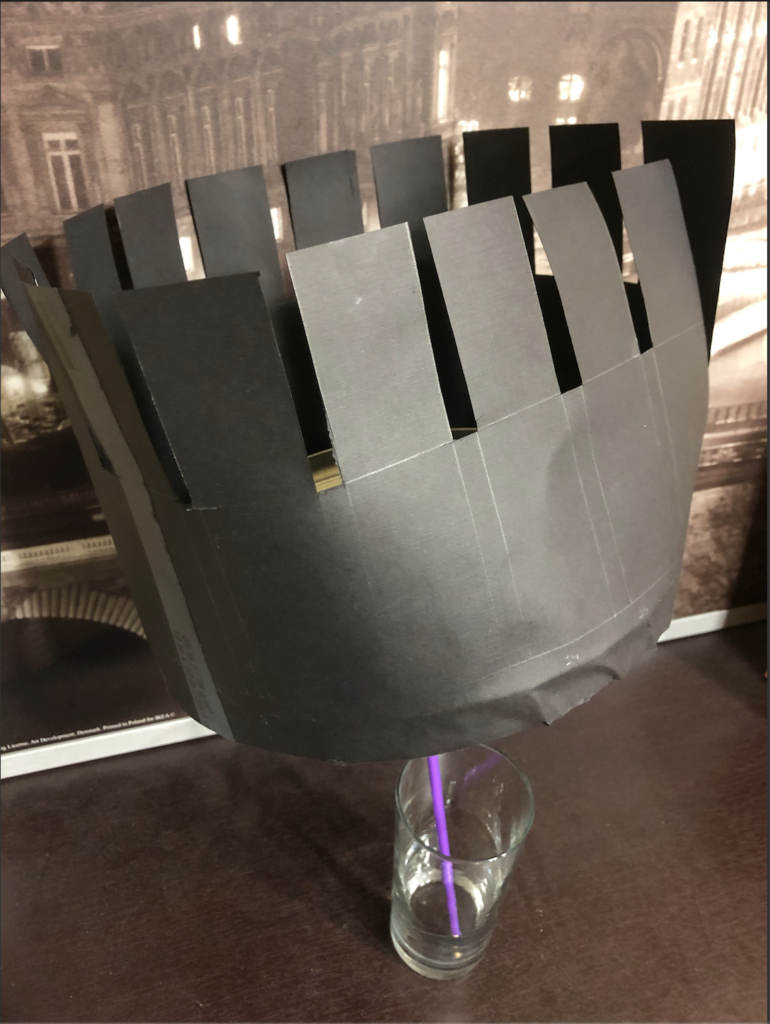 In my last post, I mostly explained what a zoetrope is and briefly about why I chose the zoetrope over my other up-cycle project ideas. In this post I would like to document the process I went through to build the zoetrope. The reason I chose the zoetrope was due to my fascination of our limitations as humans to only be able to distinguish 10-12 frames per second (FPS). When we get up to 24 FPS which is the frame rate movies are recorded with, we can only perceive fluid motion due to our brains inability to distinguish the separate images projected to it. The brain solves this by merging the images in such a way that we think there is a moving object in front of us. We still do not fully understand how the brain does this, as it happens in our brain’s integration center which is called the Insula.

Before choosing the zoetrope as my project, I cycled through other projects which were interesting to me, but I felt most were more compatible with a final project for this class. My first idea was to construct a black-body which is an entity which perfectly emits and absorbs radiation, but this would have been too simple as an up-cycle project. My second idea was to construct a building or landmark from laser cut cardboard, the interesting part of this project is the fact it would be foldable to thin sheet when needed and unfolded into a 3D depiction of landmark, basically pop-out art, I felt this would be somewhat challenging as designing a 3D object which is foldable into a 2D object is a rigorous process. I ended up choosing the zoetrope as it had the balance of being straightforward to make and being interesting to me.

I made the zoetrope with items I found laying around. I used a popcorn lid, black paper, double sided tape, glue, a bamboo skewer and a straw. I am still missing the images inside as I still haven’t decided to try and draw them myself or get a printed version online. One thing I enjoyed very much during this process is my use of a geometry trick to find the center of the popcorn lid. I did this by drawing two perpendicular lines at the edge of the lid, the hypotenuse which connects the ends of the lines must pass through the center of the lid, doing the twice I found the center at the point where both hypotenuses meet. Also, I added a dot on the lid as my estimation of whereI thought the center was before drawing the triangles.