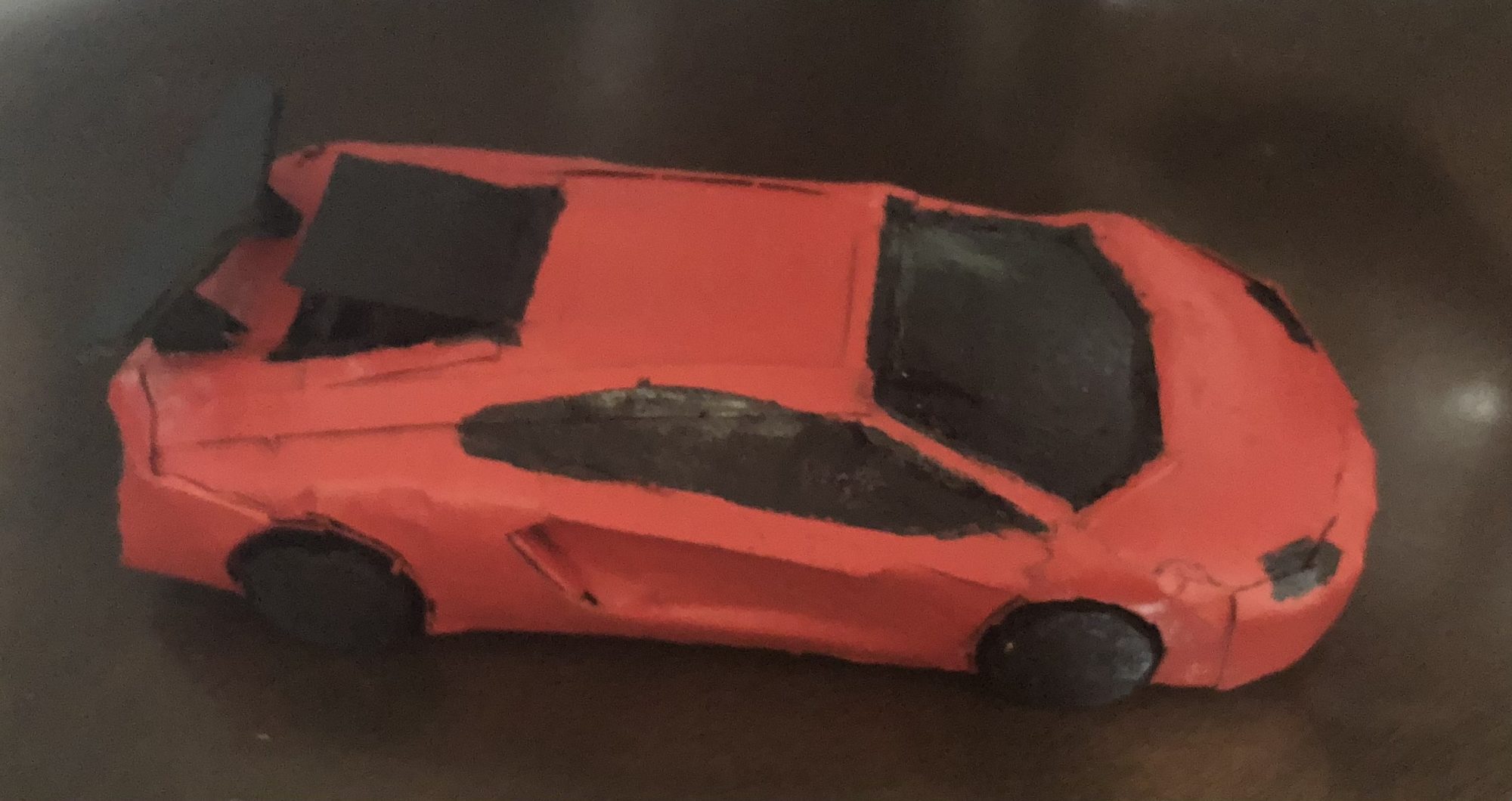 For my Upcycle Project I used cardboard to create a model car. The aesthetic that I tried to achieve was a modern supercar style and based the car off of a Lamborghini Aventador. The modern supercars have a distinct look with their sleek lines and low profile to the ground giving them a very noticeable aesthetic that is hard to miss when you see one.

When making this I found getting the proportions correct as well as the lines of the car to be particularly difficult. I initially wanted to have functioning doors on the car but this proved to be very difficult to do without having an existing model to work off of. I instead decided to have the hatch on the back but no doors. I started out by finding cardboard boxes that I had laying around and cut them into strips that I could use to put stencils on to allow me to cut the cardboard to the correct shape. Additionally I peeled the construction paper of the cardboard off to use as the skin of the car as this was easier to manipulate and get the correct shape that I wanted.

Once I had all of the pieces that I would need I used engineering paper with a grid to draw on some stencils so that I could get an idea of the sizing of each piece as well as how big I wanted the car to be overall.

Figure 2: Example of a stencil used

After I was happy with the shape of the car I then decided how I was going to paint the car for a better aesthetic. I decided on painting the whole car black as a base layer and then covering up the windows and hatch on the back with tape.

After the base paint had been completed I then made the wheels and the spoiler. I painted them separately and then glued them to the car after the paint had finished drying.

Figure 5: Adding the Wheels and Spoiler

Lastly I attached the wheels and the spoiler to give the finished car. Overall I thought that the car turned out pretty well but there are still some parts that I may want to fix in the future. The wheels seem a little small and I would like to try to get rid of some of the overlaps where I glued the cardboard pieces together.

Video of the presentation: https://youtu.be/a1dGLjfPp0k