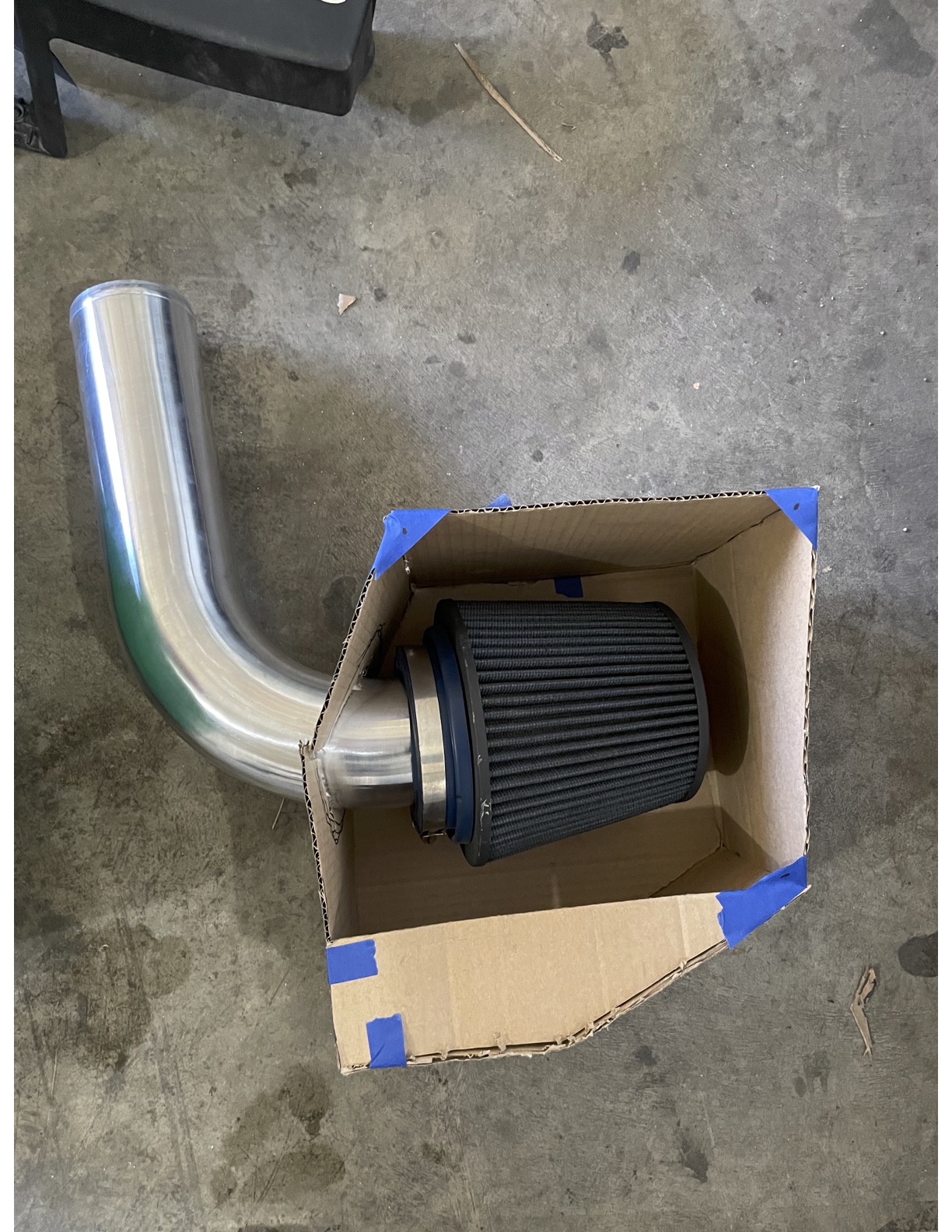 My design project was difficult for me to determine at first. I had trouble finding something I wanted to build that I would want to keep when the class was over. I decided to do something with cars as I really enjoy working on them and being creative with them. I choose to design and construct an airbox and intake system for my car, as it would both improve the aesthetics of my engine bay and improve the performance of the vehicle. It was also something I could be proud of and happy to use on my vehicle.

I took inspiration from many places, primarily from my personal aesthetic of function before form. I believe that the most amazing items were designed with function in mind first. I also really enjoy the look of the minimalist movement. I like the idea of incorporating as few components as possible not only for the sleeker aesthetic but also to reduce the chance of any part of the design failing. I also took inspiration from the few companies that do produce an intake system for my vehicle. Many of them I did not like because I didn’t feel like they matched the aesthetic of the rest of the vehicle. Only one stood out to me, made by a company called ELEVATE, which utilized a larger amount of space and looked to almost blend into the engine bay. I still felt it was a little too large though, so I decided to take some of the features I liked but design my own system entirely.

I aimed to make a design that simplifies the engine bay while also conforming to the minimalist aesthetic. However, I want to add features that are reminiscent of the other components in the engine bay like the shape of the fuse box and the valve cover on the engine. Keeping these constraints in mind, I hope to create a simple elegant look, almost as if the manufacturer intended it to be there.

I was limited by the available space I have to work with and by the size of the air filter, I decided to use in the design. Otherwise, I have some flexibility as to where I place the air filter enclosure and how large I make it. I have a few design ideas that conform to these constraints but would look dramatically different in the engine bay. All three of my ideas involve a top cover made from a transparent material, likely acrylic, to show off the filter inside. My first design fits in the same location as the factory air filter enclosure but is relatively small and the space that it must fit into will greatly affect the aesthetics. This is the easiest intake system to make because the intake tube would be the shortest and the enclosure would have the simplest bends. However, this is my least favorite design because I feel like it would be difficult to apply an appealing aesthetic to it and there is some empty space very close to this area that could be utilized.

My second design incorporates a much longer air intake tube with a 90-degree turn in it. This design has the advantage of being farther away from the engine and therefore the radiant heat coming from it. It also has more available space to make a larger enclosure which would be beneficial for the airflow through the air filter. There also happens to be some free space in the engine bay on the driver side of the vehicle that the airbox enclosure could utilize. This is my favorite design because I think it matches the existing aesthetics of the components that are already in place while also improving performance.

My final design idea is a derivative of the previous design in that it fits in the same space and utilizes the same air intake tube. This design utilizes a lot more curves and has a more organic shape. While I do like this design, I think it would be more difficult to manufacture and it might not match the rest of the vehicle as well. I can also use some tricks to combine some features from this design into my second one like grinding down the welds or bending a single piece of metal in order to give the enclosure a smoother more finished look.

I decided to use a combination of the last 2 designs when I began my real-world design phase. I first removed all the components in the engine bay that would be obstructive to the design process like the plastic cover panel and the current air filter. I used cardboard to make a shape in the available area and masking tape to hold the pieces together. This allowed me to put together and see multiple designs in cardboard as they would be installed in the vehicle.

I went through three to four iterations of the cardboard enclosures before I was happy with the result. I was trying to match multiple features in the engine bay, most notably the fuse box and the radiator support. You will notice that the front edge of the airbox is meant to follow the curve of the car as closely as possible and that there is a similar cut in the back of the enclosure to mimic the fuse box. I also wanted the outside edge of the airbox to be parallel to the fender line to make things look as complete as possible.

I think this design most closely embodies the aesthetic I am trying to incorporate.  It is very functional, which was the primary specification I wanted, as it will effectively separate the radiant heat of the engine from the air flowing into the engine. It is also as minimalistic as it can be, without looking like it doesn’t belong in the engine bay. Lastly, it matches many of the curves and shapes of the vehicle itself to give it an almost factory look. I am very pleased with the design and am excited to show you the final results next week.