Aesthetic Explorations: The Utility of Maps

I am a strong believer that everything I own must have a purpose.  This purpose could be physical or abstract, but should have enough of an impact for me to NOT throw it away each time I move.  If it does not have a function, do I need it?

If a stranger were to walk into my house, they may look around and see a bunch of old junk strategically placed on the walls, shelves, and mantles.  When I look around my home, each artifact evokes positive emotions and memories of fun times and places.  There are old lobster pots I found (accidently caught) while fishing, buoys that floated up in a riptide while I was surfing with my friends, and images of my travels across the country.

To further build on this, I have maps (bike trails, national parks, etc) hung around my garage and house.  I always found maps appealing and useful; maps guide you when you are fishing on the ocean, wandering in the mountains, or even navigating a new city.  Physical maps are certainly underappreciated, especially since everything is so readily available on the internet.  Almost daily, 50 million people use a smart phone mapping app[1].  What percentage of these people own, use, and appreciate physical paper maps?  If given a map, could these people navigate to their destination?

I believe that maps can be an art form, and an eye pleasing aesthetic.  Not only do they have a function, but they can also tell a story, and even highlight a journey.  It wasn’t until 2009, when I took a GIS (geographical information systems) class at Clarkson University that I realized maps could tell a story and help make decisions.

There are questions as to who created the first map, but early maps date back to 7th millennium BCE.  [2]The map pictured below was created around 7000BC in a location known today as Turkey.  [3] 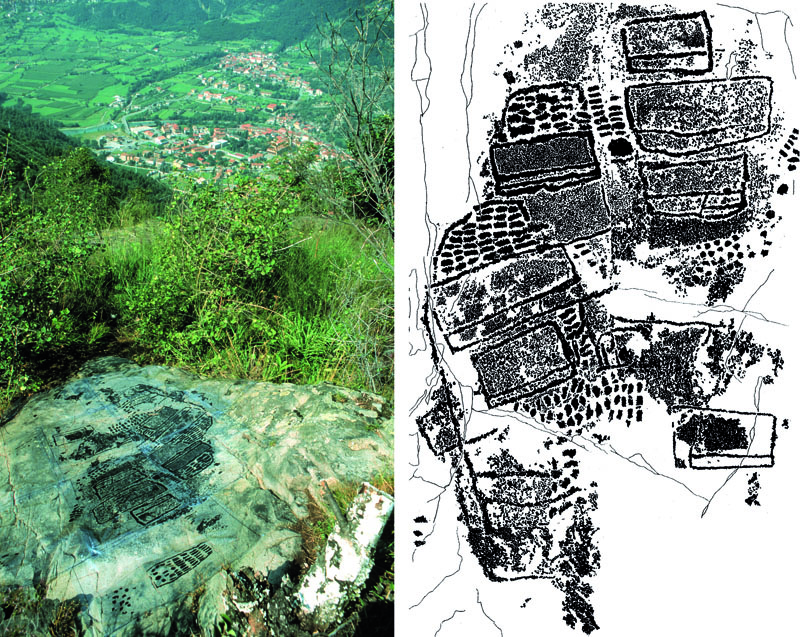 Even maps dating back thousands of years are able to tell a story about the bias, influence, and state of world affairs.  Countries were often portrayed as being larger than others, simply due to the artist’s rendering.

Figure 2: https://thumbs.dreamstime.com/z/maps-ancient-world-hand-drawn-map-middle-ages-draw-detailed-navigation-routes-time-overall-production-exquisite-39807254.jpg Shipping routes around the world as seen in 1630

These old maps from the 1600’s not only are visually appealing, featuring stories and pictures, but they also could have been functional maps, featuring longitudinal/latitudinal lines, and complete labels.

Fast forward a few thousand years to 2017, when satellite images and other data is readily available.  Maps and satellite images seem less likely to be manipulated, but can still be appreciated and utilized as a functional art form.  Digitalglobe, a satellite imaging and mapping company, has an art exhibit in Terminal A of the Denver airport–https://www.flydenver.com/about/art_culture/centennial_state_space.  This is certainly a perfect example of how map and satellite images can be used as an aesthetic.

In 2009, I created these custom maps and satellite images which are neatly hanging on my wall as a reminder of all the great powder skiing I did back in Vermont.  These very maps, seen below, helped to create memories like these:

To me, maps are the ultimate aesthetic.  They have a function, can stir up old memories, and can be nice to look at.

Below are more examples of some nice looking maps that some may also consider art.

Figure 8: http://www.bevseay.com/news/maps-art-or-wayfinding/ information, art, and design combined into one