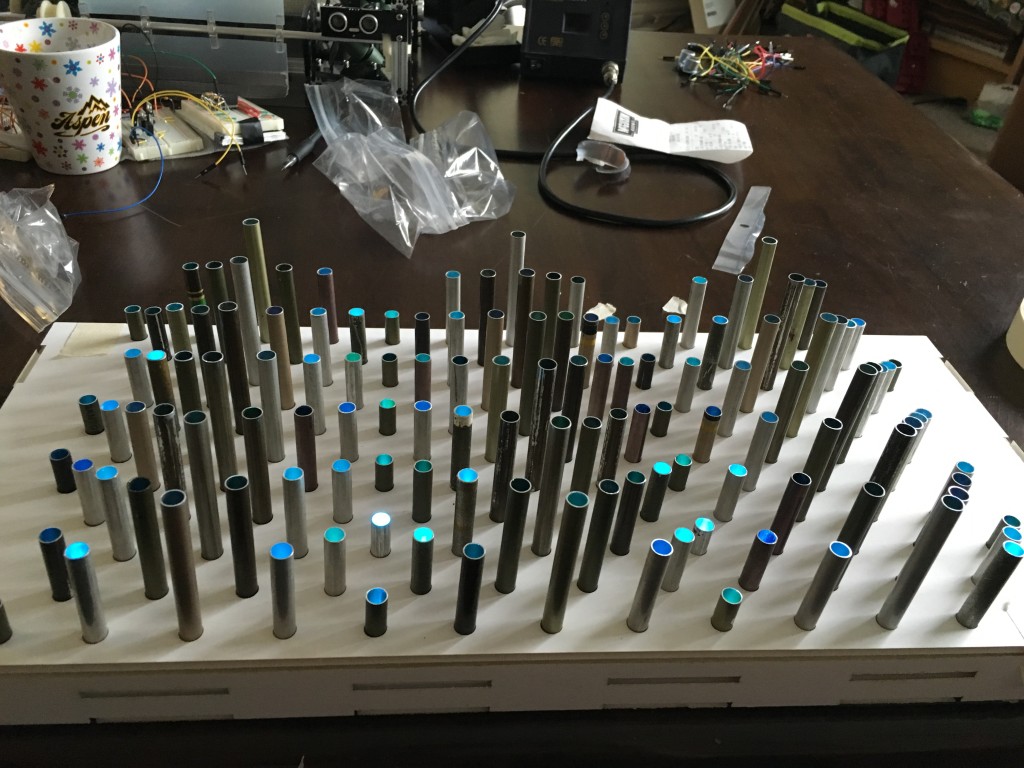 This week I finally saw my project start to come together with the LEDs. Unfortunately, cutting and rebuilding the LED strip ended up being a lot more tedious than I initially anticipated as the solder did not want to cooperate and there was a lot more soldering that needed to be done that I initially anticipated. For each two strands of LEDs that needed to be connected I ended up having to cut 4 different length wires and individually solder them to each strand to create a flat curve of wires. It took a while, but in the end a functional LED array was able to come together. Pictures documenting this process can be seen below.

Once the LED strip was completed, I decided to cut out the base design I had created out of foam core to make sure everything would fit and then attached the LED Strip and arrows to see how it was all fitting together. The results can be seen below.

Laser Cutting a New Base

Everything Together for the Final Prototype

The LED lighting ended up working better than I anticipated and gives a cool effect when looking at it from the side. The prototype was not perfect as it was too hard to get all of the LEDs to align right underneath the tubes. I plan on addressing this issue in the final design by engraving a guide as to where to place the LED strip on the bottom plate. I also have not yet decided if I am going to paint the old arrow shafts. I want to see how the look with the black acrylic first.