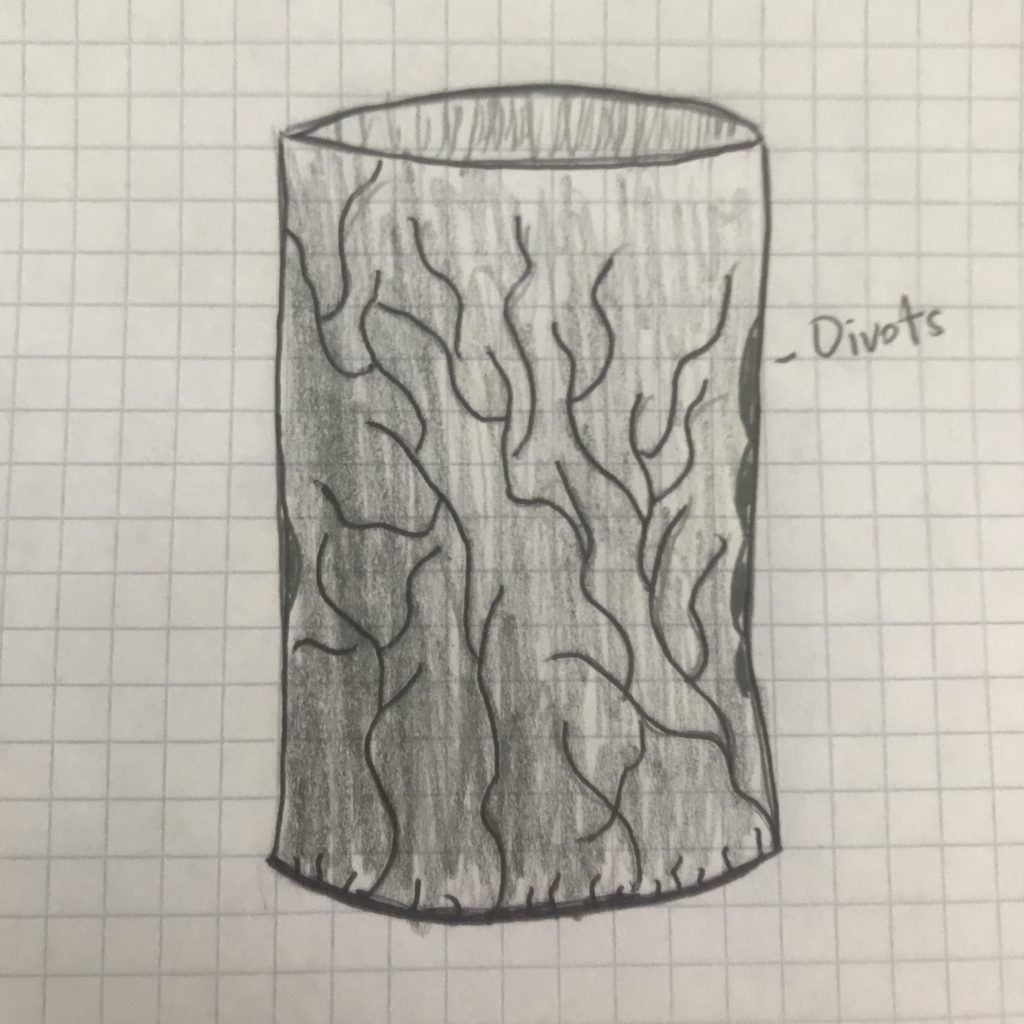 When I first began my project I wanted something functional, unconventional, and themed around skulls. One, because I want to you this item after this project finishes, two, because I wanted it to be different, and three, I like skulls which is why my first post was on Calaveras.

Thinking further I had gotten a really nice idea from a friend of mine walking in between classes that since I was using epoxy i could turn the cup upside down and let it trickle downward creating some design. I further evolved this idea to have the concept of adding slits in the wood that the epoxy would fill using a tan/green food coloring and a dark wooden stain on the wood to create the image of roots/leaves in the dirt. In my first iteration I thought to create deep divots for your fingers with the skull but now that I am abandoning the concept of the skull I was thinking of adding an ergonomic design with curves on the edges for hand placement but that would be one of the last design steps for me. The image that’s featured is the latest concept of what I’m working with.