Simplified down, martial arts are systems of training for combat, each with a unique philosophy on fighting.  Some martial arts like Tai Chi focus on inner development and health while some like Muay Thai focus on tournament style fighting.  Whether a student is training for self-defense, competition, fitness, entertainment, or for spiritual development, all styles in my opinion are beautiful art forms.  Since there is a multitude of martial art forms I’ll only be able to discuss a handful of them.

Karate is probably the most popular and widespread martial art practiced today.  It originated in the Okinawa Islands of Japan and was influenced by the Chinese style of White Crane.  Shudokan is a style of Karate, which includes large circular motions with an emphasis on self-defense.  Modern Shudokan is a hybrid of Kobudo, traditional Okinawan weapons practice, and karate.

Wing Chun is a Chinese form of self-defense characterized by close-range combat.  It focuses on redirecting the opponent’s energy against them and using quick counter attacks.  It was not a popular form until recently as its history was not well known and it was considered a women’s martial art.  Wing Chun’s most famous student was Bruce Lee who helped the form gain popularity around the world. 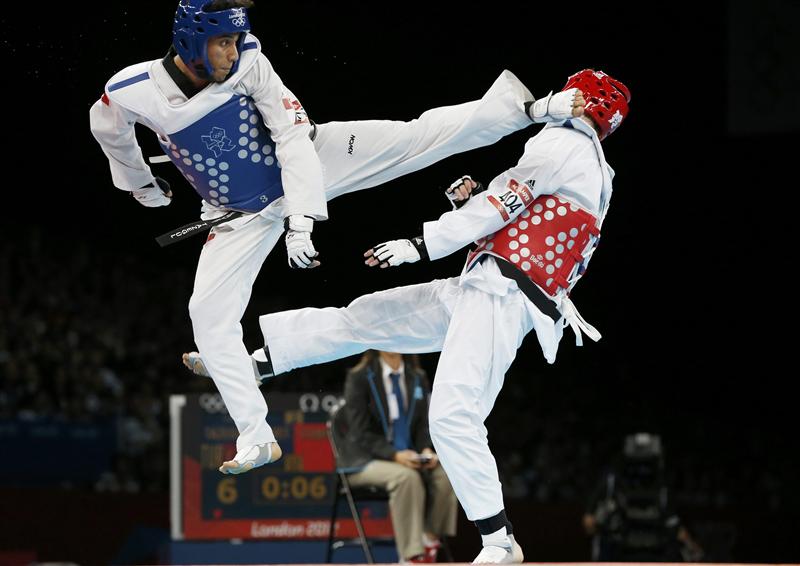 Taekwondo is a Korean martial art that is a blend of a few ancient Korean styles.  This form is most well-known for its kicks (jumping, spinning, and head-height kicks), agility, and power.  To perform fast, turning kicks, Taekwondo uses narrower stances, unlike karate which uses broader and more stable stances.

Krav Maga is a self-defense style developed for the Israel Defense Forces that uses techniques from many different forms.  This style is known for focusing on real-world situations and very brutal counter-attacks.  It is considered one of the more aggressive martial arts making it great for military use.

Glima is a Scandinavian martial art used by the Vikings that focuses on throws and wrestling.  This style spawned from the Vikings training to be the best warriors and thus needed to be able to fight without a weapon.  Glima was also entertaining and Glima wrestling competitions became very popular.

Capoeira is a Brazilian form that combines dance, music, and acrobatics with an emphasis on kicking.  It is known for fast movements and its dance-like game.  It originated in the 16th century in Brazil after slaves were not allowed to practice any martial arts.  Violent kicks were disguised as dance moves within the music and thus Capoeira was born.