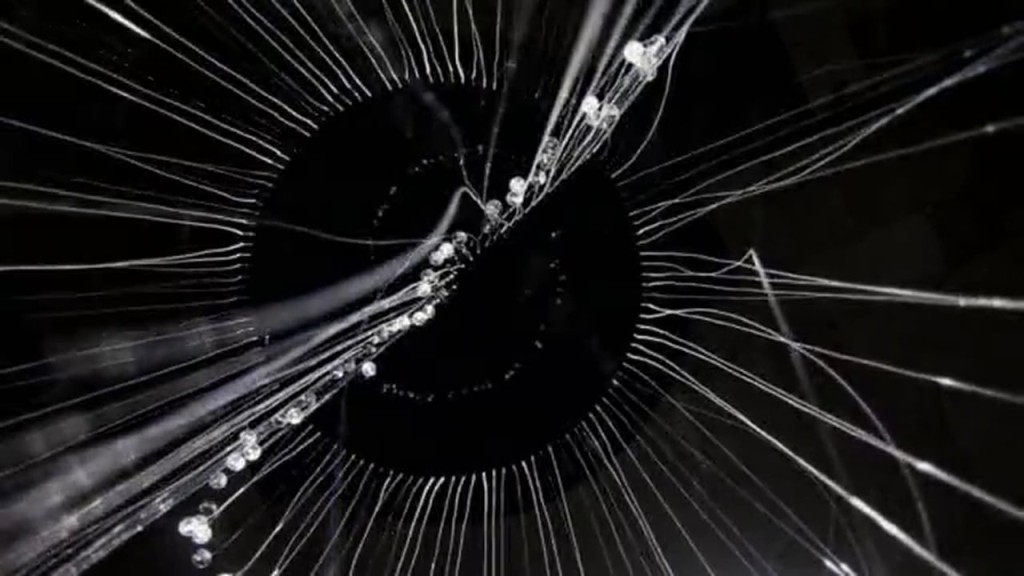 I have slightly changed my design idea from a mobile to a fiber optic chandelier. My inspiration for this project is the many memories I have growing up, star gazing with my Dad in the backyard. Star gazing is something I have always enjoyed, as it puts things into perspective, reminding me how small I am compared to the size of the Universe. My dad knows all the stars and constellations, and it was always so special having him teach me about the flickering lights in the sky above me. Growing up, I had glow in the dark stars pasted on my ceiling. For this project I have decided that I want to make an object that reminds me of the stars in the night sky.

This idea was presented to me, after my friend showed me some ideas on a website called adafruit. I came upon this specific fiber optic chandelier that got me excited about this project.

I have come up with a preliminary design for my project (shown below).  I have decided to use acrylic for my base, which will be modeled in SolidWorks and then built using the laser cutter. I plan to install a fiber optic lamp into the center of the base, and surround the fiber optics with eight LED’s.

I am planning to use blue colored LED’s because the fiber optic lamp I am using is blue-colored. I have implemented an Arduino with the LED’s and a potentiometer to adjust flicker speed. The Arduino will be mounted in the base plate, on the bottom of the fiber optic lamp. I will need to solder the LED’s and 330 ohm resistors to longer wires so they can hang below the base, as seen in my sketch above. Overall the project is going pretty well, as I have gotten the Arduino circuit to work properly with the potentiometer and eight LED’s. Next step is to get some wires from Tim May and buy some clear LED’s.