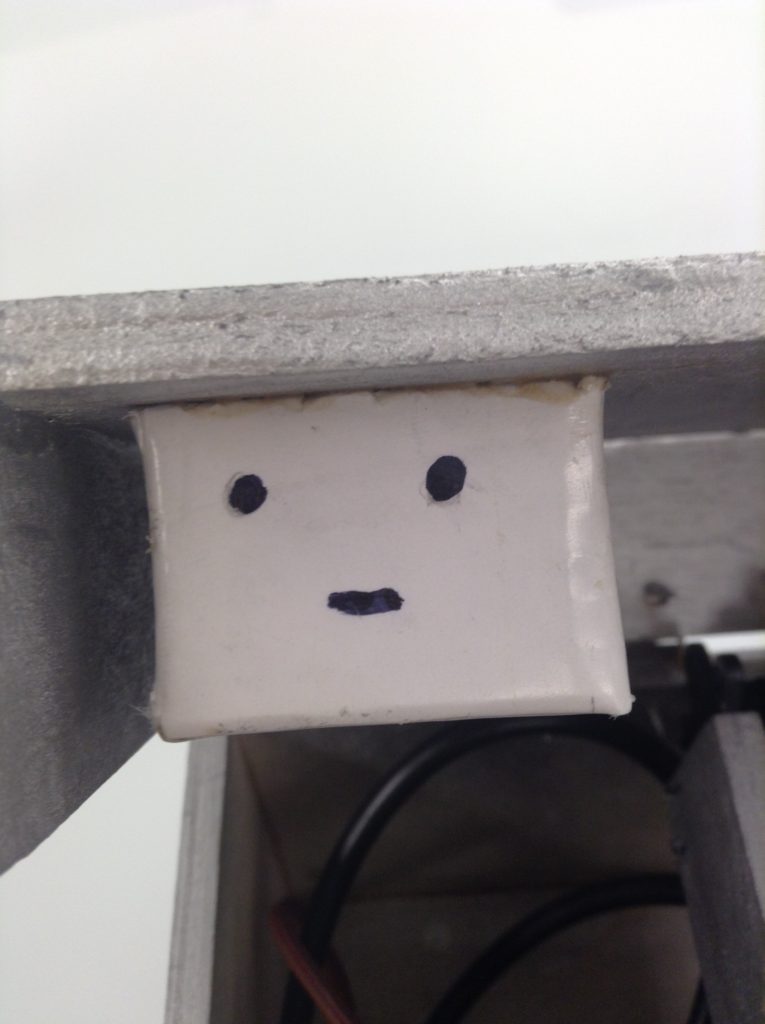 Blog: Final Project Report Continued: Why and What next? Reflection on the semester. Compare your original project intent to what you ended up with. How did the public react? What did you learn from your project, and from the class? What will you do next with the project? What do you wish you had done differently?

Why (Inspirations/What is the meaning)

When deciding on what I wanted to make for this project, I went through many different ideas. I originally wanted to make something I could use that would be fun. The first thought that came to mind was making some sort of ball throwing apparatus. (Dodgeball season was about to start). I knew that baseball throwing devices existed, but I wanted to make one that has the potential to throw dodgeballs. However, this was infeasible due to the material dodgeballs are made of. I then wanted to create a trebuchet, but it didn’t sound as much fun and would be hard to get the angles down. However, I still knew I wanted to do something fun. After watching an episode of the office where one character opens a box and gets hit in the face by a snowball. I knew I wanted to make a joke box. I then remembered seeing a useless box video online and decided that that was what I wanted to do. They make kits to make these, but obviously I wanted to make mine from scratch.

When it came to making it on my own, I was inspired by a couple of things. First were various videos of the cool things people were able to make useless boxes do. I wanted to make it have multiple functions rather than just click it on and off the same way every time. In terms of the aesthetic I was inspired by movies about the future. I wanted to make it seem like a robot was inside of the box and it was being bothered. Ideas for its appearance and personality stemmed from Wall-e, Oscar the Grouch, and Star Wars. Wall-e inspired me to make it a cute robot. Oscar inspired me to make it grouchy. Stars wars influenced me to make it somewhat simple yet personable like R2-D2. In the end it became Jeff as seen below.

Jeff is just a regular guy from 2132 who spends most of his day at home watching TV. He lives in his nice silver box and just wants to live in peace. However, everyday people come to his home and open his door via the switch on top. Because he is such a nice guy, he doesn’t say anything, he just closes his door and goes back to reruns of Family Feud. After the 5th or so person walks by and opens his door he becomes a little passive aggressive and holds the switch closed or stares the person down in the eye. His biggest regret in life is putting the switch on the outside of his home.

On a more serious note, I thought that Jeff could be a reflection of how technology although greatly enhances our modern day lives can also put a damper on the way we behave. Jeff is a robot, so technology has made him the way he is and made many things possible for him, but because he doesn’t have to leave home he doesn’t want to. Sometimes we get so caught up in technology like cell phones and netflix that rather than going out and being with people we’d rather stay in our box and text. This is obviously not true for everyone and it seems like this class in particular has a number of social people, but who knows, maybe one day technology will even prevent the need for us to leave our homes at all.

The Idea versus the Product (How has it changed/What did you want to do differently/What is next?)

Originally, I wanted to make a basic useless box in terms of its functions, but also add another component to it such as a squirt gun or and IR light to affect a television. This would mean it has less “personality”, but is capable of doing something new. However, as I began making it, this would have caused me a number of issues. First of all, if I wanted to get it to squirt something at the user, I would need one of two things, a squirt gun or a pump. If I were to use a squirt gun, it would most likely leak. Using a pump would require me to learn about another thing that I don’t really know about. Due to time constraints and my fear of getting water in the box that could potentially ruin everything, I decided to scrap the squirt gun idea. The tv remote control was still a possibility, but because I made the box somewhat small, it would have been hard to maneuver the LEDs into the box. Therefore, rather than adding those implementations, I focused on giving Jeff more personality. Making him sassy, cute, and grouchy even though he’s not real. A video of its functionality can be seen below.

If I was to do this again I wish I would have started building sooner. I spent a lot of time planning, but I was so nervous of messing up it took me a long time to actually make some cuts and write some code. I would also like to implement one of those other features. There is a chance I will just leave this on my desk and play with it whenever I’m bored, while inviting other people to play with it too. However, if I get the time and get inspired, I definitely think it would be cool to make it more of a prank box. Make it squirt water or throw paper at you. Something that would make you be like “whoa, I didn’t see that coming”

I learned much more from this class than I thought I would originally. I thought I would learn mainly what the class title is – Aesthetics of Design. Although I did learn a great deal about what aesthetics are and how they have changed throughout history, I also learned a lot just by working on my project. I intentionally chose two areas that I am very unexperienced in. This includes electronics and woodworking. By doing this, I obviously learned a lot about both of them and many of the basics (more detail of this can be seen in part one of my final report). Through this process I also learned about my abilities to learn. I absolutely hate being new and unskillful at something, but in order to become an expert, you have to be a beginner once. I discovered that no matter what the area is, everyone including myself has the ability to gain new skills with enough hard work. I’m still no expert, but I’m glad that I at least opened the door so that in the future, I won’t be as afraid to start a new project and learn something new.