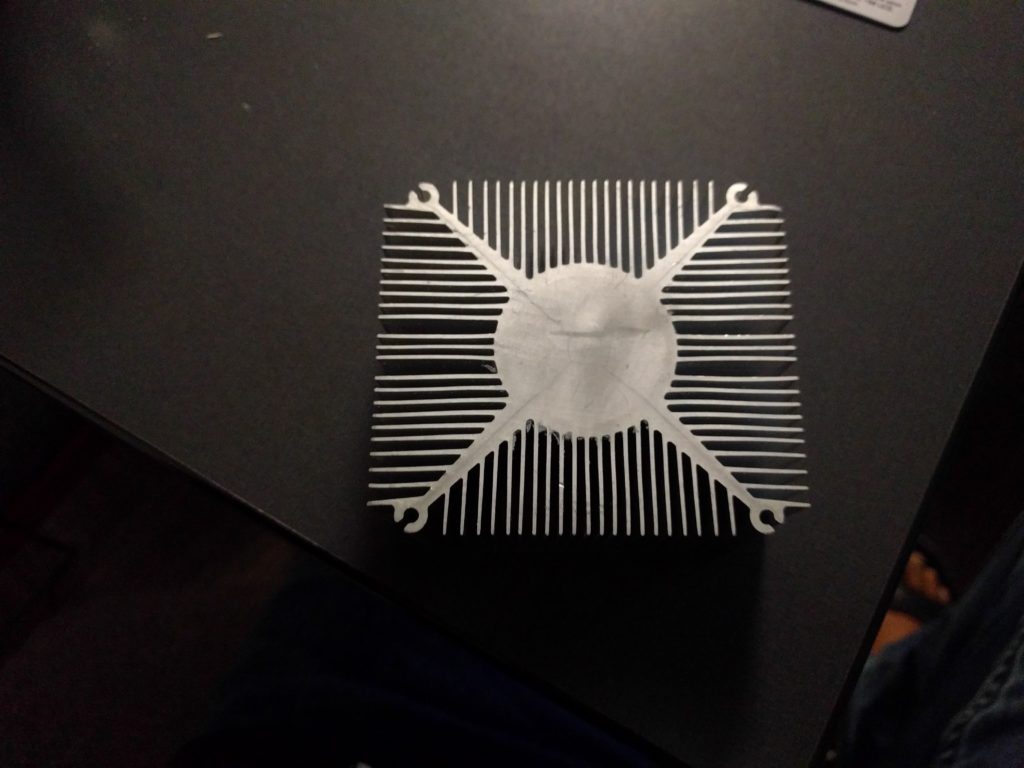 After a frustrating brainstorming session over the weekend, I ended up making almost no progress. Hence, I decided to go ahead and build something out of discarded foam boards which I found in my RA resource room in my residence hall. I thought it would be sweet if I could build a whole arsenal of Batman gadgets out of  foam boards, starting with some sweet Batarangs that could go in my dorm room. While raiding the junk in the room, I stumbled upon a discarded heat sink that had some interesting patterns formed by the cooling fins that I really wanted to use for my project. ( I also liked how the most optimal engineering design, had some artistic appeal as well!) That’s when I my project took a hard turn.

I found a bunch of crafting wood sticks that I thought would go well with the metal parts as I am a fan of contrast. I started ideating as to how I could use the grooves to my advantage and came up with a couple of designs, one using the groves to facilitate the wood sticks in some way and the other to bring out the groves as an aesthetic element on it’s own. luckily I found another heat sink and thought to myself that this was an opportunity to execute both Ideas.

I had set myself a deadline to have something tangible by the end of the night to prevent myself from getting overwhelmed with ideas, so I found a glue gun and started gluing sticks into the grooves, as I aimlessly glued more sticks into the groves, I figured that I was subconsciously heading towards making a creature of some sort. I still need to add a ‘face’ to it.

I left my design here and pursued the idea of using the grooves as it is, gluing the sticking the sticks in a vertical dimension. I ended up with a “Mecha-Bonsai” like aesthetic as shown below.

I am excited to see where this takes me, and am open to your suggestions! I also realized that my creative process involves taking a leap of faith and relaxing my mind, which definitely makes more receptive to ideas.