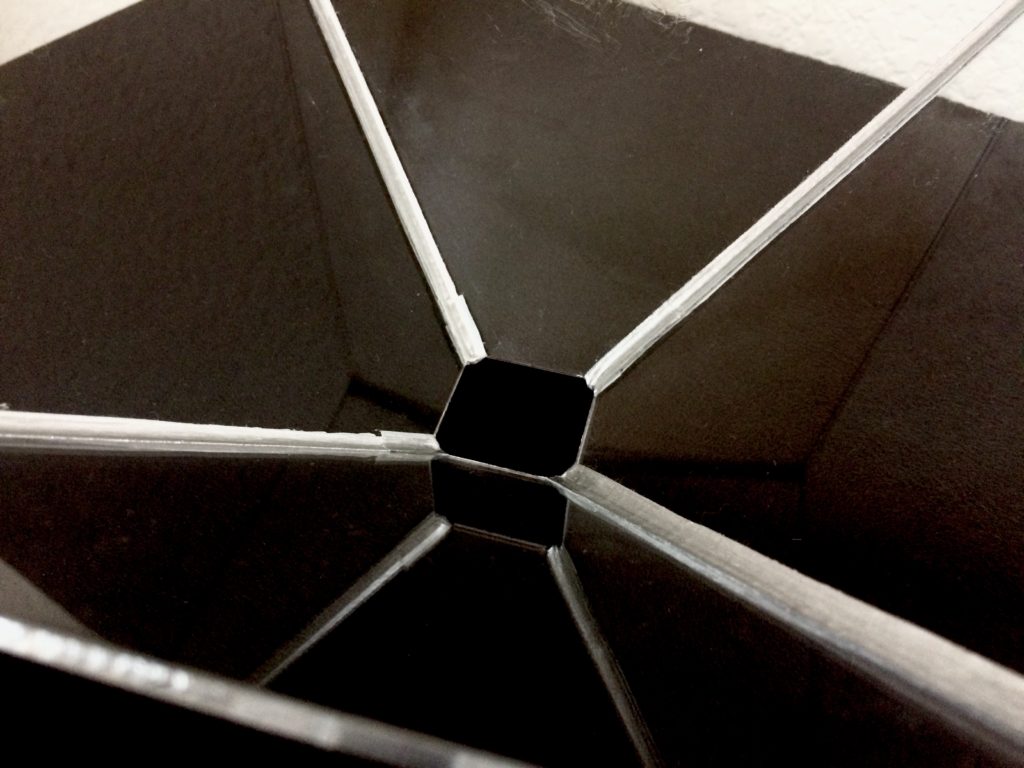 What a remarkable journey it has been both ideating and implementing my iTunes Hologram design.  Please see below for details on my process.

My hologram is created based on one of the most successful advertising campaigns ever executed.  My project is inspired by the iTunes and iPod web, print, TV, and billboard advertisements widespread from early 2000 to 2011.  Chances are high that you will recognize these iconic figures represented by dancing silhouettes against vibrant backgrounds.  A sample of images as such is pictured below.

I also recommend taking a peek at this highly informative website outlining the specifics and scope of the iTunes advertising campaign:

I purchased many iTunes gift cards during my preteen and teenage years, so as I look back, I now feel uncomfortably old and incredibly reminiscent.  It is fascinating to see how far Apple has come especially as we see Apple Music and other streaming services growing in popularity.  The technology industry is incredibly exciting because it is impossible to know exactly what’s to come.

The 20th-century design movement that is most integral to the design of my final project is pop art, a genre lasting from 1958 to 1972 emerging first in Britain.  This movement is characterized by a rainbow of colors, expressive forms, repetition, vivid patterns, and incorporation of well-known personalities (such as Marilyn Monroe and comic characters) in addition to consumer products (like Campbell’s soup and Coca-Cola).

One of the most widely known pop artists is Andy Warhol who created the works pictured below.

Warhol was often inspired by advertisements and consumer goods that were mass-produced.  Likewise, I was inspired to create a design based upon well-known iTunes and iPod advertisements featuring silhouettes against bright pinks, greens, purples, and yellows.

An example of the type of advertisement I have incorporated is shown below.

Additional examples of pop design in other contexts such as a political poster and interior design are to follow.

Both the music and dance routines represented in my design stem from inspiration gained in observing Pharrell Williams’ “Happy” music video.  I immediately fell in love with his transition from dancer to dancer and upbeat audio.  In creating my iTunes Hologram, I purchased this song from iTunes.  The music video is included directly below.

My design incorporates Apple’s “Think Different” mantra in expressing the individuality and uniqueness of each dancer represented.  It also draws upon the silver curves of many Apple products.

I planned to spend no more than $150 on this project.

My actual expenses are as follows:

I utilized Adobe Premiere in the execution of this project.  To start, I created layers to differentiate between 4 separate panels represented in the image below as V1, V2, V3, and V4.

I utilized Safety and Action Guides for placement and to maintain safe margins across devices.

To create varying colors against a black background, I adjusted the following levels.  Black Output Level values combine as typical rgb values to create the color of the dancer.

First, I drew each trapezoid in CorelDRAW using the pen tool.  Note that I used paper prototypes to confirm measurements.  Each shape had the following dimensions for optimal use on an iPad:

After submitting my document to the laser cutter, I watched as the Laser Cutter effortlessly sliced to perfection.  Such precision!  Upon prepping the machine, the job took only 10 minutes.

Upon removing my work from the laser cutter, I noticed that there was, unfortunately, excess melting and residue from previous jobs sticking to my trapezoids. I now know to leave the protective lining on my acrylic, but for this project, I made the mistake of removing it prematurely.  I attempted to remove the excess with Goo Gone, Clorox, and alcohol, but my efforts were not entirely restorative.

To assemble my four trapezoids, I considered and tested many options including hinges, clay, string, wire, wax, superglue, and scotch tape.  However, in the end, I found no better adhesive than duct tape.  Originally, I was opposed to this idea, but after more closely considering my aesthetic, I decided this was my best possible option because it would allow for simplicity, silver lining, curves, and no sharp edges.  I also chose to paint the duct table metallic silver to emphasize the kind of quality devices Apple presents.

The iTunes & iPod Hologram footage is included below.  The video is exciting to watch both as a hologram and as is.

The prototype of my 4-panel hologram projector is shown below.  The design has evolved to become more durable and larger over time.

The final version of my hologram may be witnessed below at 10:40 in my in-class presentation video.

I believe my iTunes Hologram to be art because of the way in which I designed for “function to follow form.”  Every decision made was in light of my iTunes/Apple aesthetic.  I am surprised I was able to design in this way as I expected it would be nearly impossible to design in this order.  However, I found that in my fascination with the iTunes and iPod campaigns, I was inspired to create a hologram.  I also believe my design is art because of my intentionality in creating something that expresses a part of me.

Now that my iTunes Hologram is complete, I plan to have fun creating additional videos that can be played as holograms.  I look forward to simultaneously filming from four directions to create a more realistic three-dimensional appeal.  I also would like to experiment more with real time filming so that one might be able to film at a given moment and be seen as part of a hologram.  I also believe there is much potential for an idea as such to be incorporated at trade shows or in product demos within the industry.  I would certainly like to take part in engineering this kind of capability.