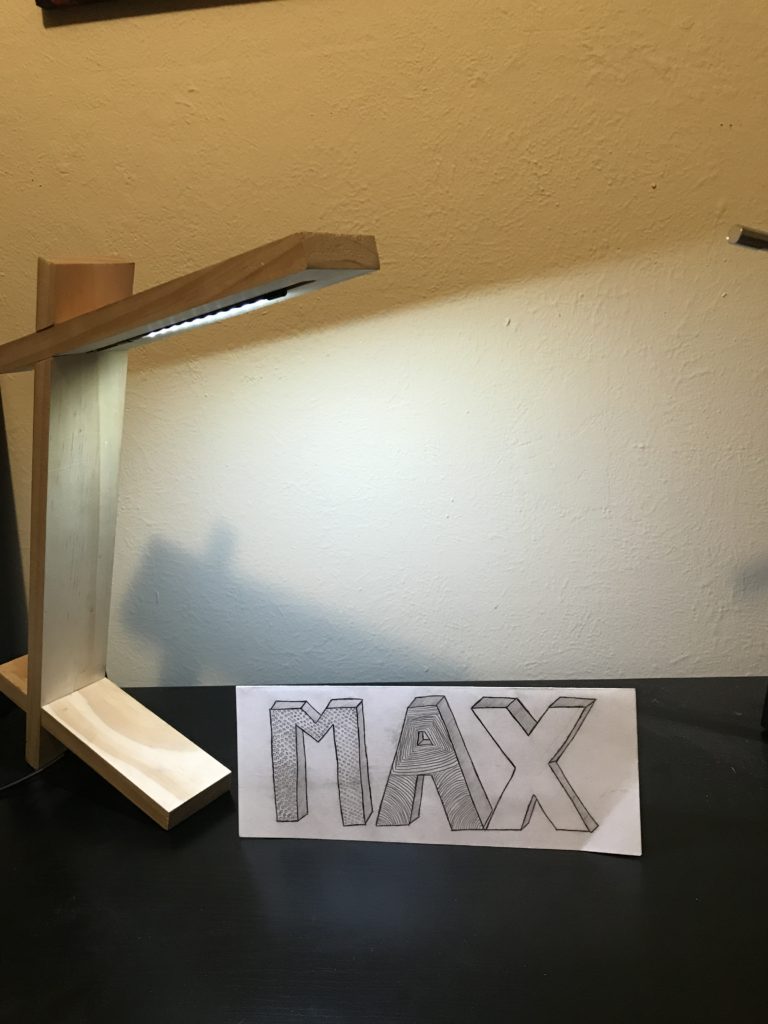 Why and what next?

For this project as was stated in my final report part 1 i had initially set out on a different design than what i brought to expo. I had planned on soaking wood and rolling this into a nice cylinder which worked well until the wood dried out and cracked on me. I also would have liked to have been able to spend some more time on this project but having 19 credits can spread you pretty thin in terms of availability for working on different things this semester. When the intent was switched i had expected to apply a varnish to the final design but i was worried about the varnish darkening the color too much before expo and ending up with an off shade that i didn’t like at expo. Otherwise I think that the aesthetic came out similar to what i was envisioning.

At the expo i had a bit of a mixed reaction and i think this was mostly due to the brightness of the room. People were unable to see that there was light coming from the desk lamp and that this was only a couple of boards put together in some small sculpture. Once they discovered that this was indeed a desk lamp there was appreciation for the simplicity of the design and they could picture how it would actually work. This was more encouraging and in a darker environment (one where you would actually need a lamp) it is quite easy to tell the purpose of this project.

I learned of the difficulties and patience required for woodworking in this project. I found that working with wood is much more of an art form than machining with metals. I had to try several times to achieve my desired outcome and learned that patience is key when learning new manufacturing techniques. This project also taught me that failure can lead to different designs which are appreciated just as much as the initial thoughts. The power of 7 rule was found to apply to this project as well.

If i were to change this project i would like to be able too route the cord inside the lamp completely to be able to hide it more from the view of the user. For this i would need to use some thicker boards or find a led panel which works for this project more ideally and has a thinner and longer wire. I would also have liked to fail on my initial design earlier leaving me more time to perfect the final project rather than scrambling to come up with a new design and build it before expo.