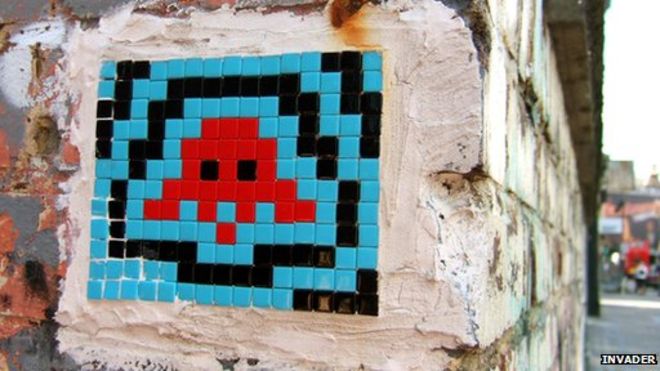 Mosaics are a style of art the creates a picture by using small pieces of colored stone or glass as the medium. The origins of this art style traces back to Mesopotamia, around the 3rd millennium BC. Later in the 4th century BC, they became popular in the Greek culture, usually depicting an aspect of the Greek mythological stories. Below is an example of these types of mosaics with a depiction of the Greek god Poseidon.

This aesthetic was also quite popular in the Roman Empire, occasionally as wall adornments, but more commonly as floor decorations within their villas. These mosaics contained images of many different things, ranging from mythological stories, gladiators, as well as Roman sporting activities. Being that these were generally for the rich, they had great detail and size, with a few being as long as 200 ft.

After the Roman empire, the mosaic remained very popular in different religions, used as decorations for their place of worship. Christianity adapted the practice as a form of wall and ceiling adornment for many of their churches, especially the larger basilicas. The mosaics were used to depict different biblical events, as well as important church figures, such as the saints.

This practice started back in the late 4th century AD, and continues today in the larger basilicas and other churches. Christianity wasn’t the only religion to adopt it as a form of adornment, as seen below, in the Dome of the Rock in Jerusalem.

In the Islamic use of the mosaic style, it was more common to be used for artistic patterns as opposed to a depiction of a particular scene. The mosaic did appear in many of the ancient Islamic Mosques, but it lost popularity after the 8th century AD.

Having started in the ancient world, mosaics have continued to evolve and are still present today in our culture. They appear in works of art, decorations, digital art, as well as street art. A common practice is that of making a mosaic image out of other existing images.

It is even going as far to inspire different street artists, such as one named Invader, who mixes the ancient art form with the nostalgic 8-bit of the classic video game, Space Invaders.

Mosaics are an intriguing form of art, one that has been with humanity for most of its civilized existence. One of the more fascinating things about it is the medium that is used to create one. The whole premise is to take individual pieces, stones, that may not necessarily be beautiful in and of themselves, and to use them jointly with many other stones. The combination of all these bits and pieces amounts to a large, coherent, and beautiful work of art. It’s the idea of taking small imperfect pieces to create a masterpiece that generates the intrigue of this aesthetic.