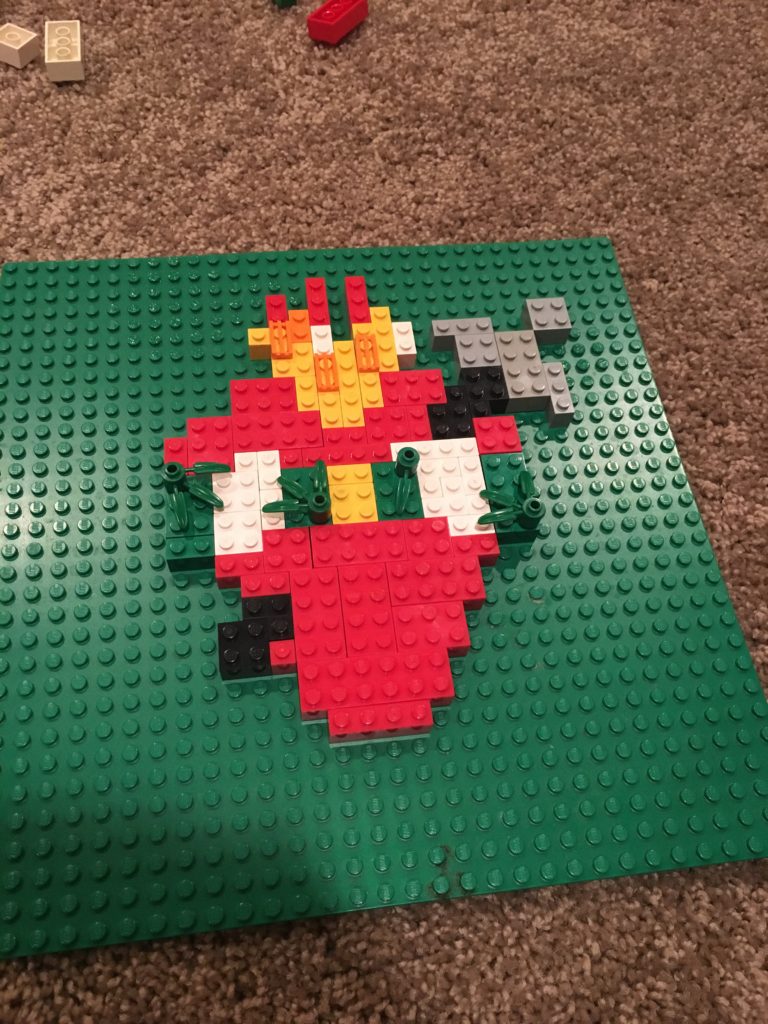 The process of this project began with the researching the aesthetic of the mosaic. Which traces its roots back to the ancient world, such as in Greece, capturing the stories from their mythology.

From ancient Greece, the style was continued on throughout the Roman empire, eventually finding its way into several different religious traditions.

The main thing about this that caught my attention was the process of creating the mosaics. It is a style that takes many individual pieces that on their own aren’t anything special. But when put together they create a large beautiful picture comprised of the smaller non-special pieces.

The process of how the image is formed was the base inspiration for what type of project I wanted to attempt. The next question was what to attempt to capture within the mosaic, as well as how to create it? The answer to the first question came when I stumbled across this picture:

Remembering my old love of LEGOs, and how many I had laying around, it was the perfect material to create a mosaic out of. The last question was what to create. The inspiration for that came from my visit to the Basilica of the National Shrine of the Immaculate Conception. While there I saw many amazing mosaics depicting different apparitions of the Virgin Mary, such as the Immaculate heart and Mary, Queen of Missions.

Having the image and the material determined it was then time to begin the process of putting it all together.

Beginning with the large green piece I had a canvas to build the mosaic on. Then it was time to gather the pieces. After this I started with building the base of the heart, then working up to the other details, finishing with the final product.

The overall design process was pretty straightforward, just add one piece at a time, continually adjusting as the overall work came together into the final product.