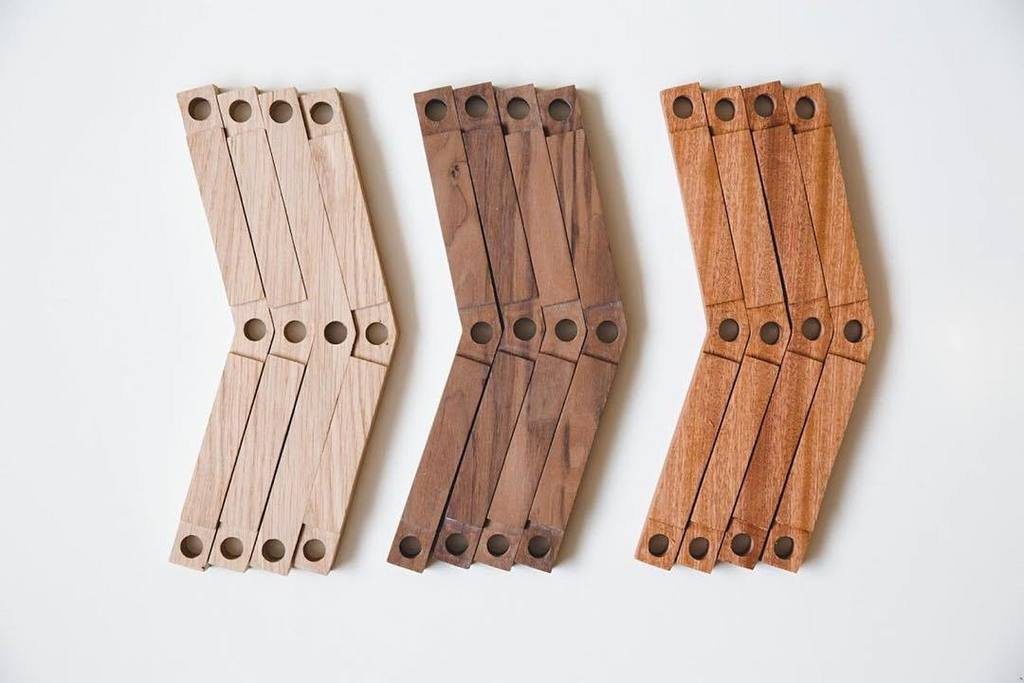 As one of our requirements, we were asked to make the final project dynamic. So, I researched the definition of dynamic vs. kinetic since I was interested in making an aesthetic design with kinetic motion. I found that, “Kinetics is a term for the branch of classical mechanics that is concerned with the relationship between the motion of bodies and its causes, namely forces and torques.Since the mid-20th century, the term “dynamics” (or “analytical dynamics”) has largely superseded “kinetics” in physics text books;the term “kinetics” is still used in engineering.” Seen below are examples of sculptures that contain kinetic motion.

Something that drew me to this design was the unique woodworking, staining, and curves. My initial project was much less aesthetic due to its sharp edges. I have chosen to use more curves for my final design.

Each of the designs I researched has energy provided to the system using only a spring and no motor. However, I have entertained the idea of adding a motor in order to provide constant movement.

The kinetic motion clock above does have a motor in the center. This idea is different from the previous ones because it changes shape as it moves.

I would like to do my final project in wood, and would entertain other ideas if they were presented. I would like to end up with an aesthetic design that I could enjoy in my home after the class is complete.