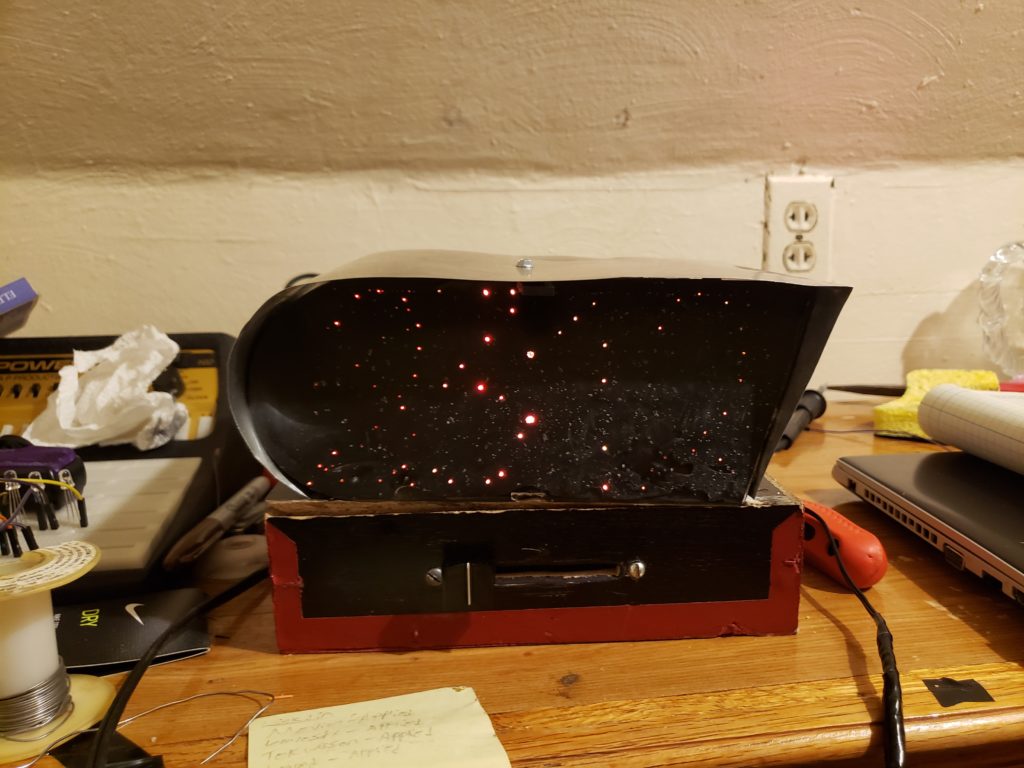 I first heard about Italian futurism during the design timeline lecture in class.  The name alone stuck out to me due to my minor in Italian. While design is not a focal point of the minor program, we do discuss Italian culture a great deal and Italian futurism, which was both a cultural and design movement, never once came up in my classes. My unfamiliarity with the movement lead me to research it further, upon doing so I became very interested in both the style of the aesthetic and how impactful it was to the rest of 20th-century design. Italian futurism was pioneering in the development of modernist design but still retained decorative and flashy features that were stripped away in latter design movements. A very interesting aspect of the aesthetic was the focus on technology and machinery, this focus is what rooted the movement in modernity. I tried to incorporate these aspects into my design as much as I could. The design as a whole is made using only geometric shapes, something very important in Italian futurism architecture and art. The red paint around the edges of the base embodies the geometric theme while also supplying the pop of color that is often seen in the art of the moment. The piece most critical to the aesthetic is the sheet metal cladding on the top of the clock. This material and the sheet metal screws that hold it down were specifically chosen due to them being industrial materials. Additionally, the shape of the front face is indicative of the wing of an airplane due to Italian futurist’s fascination with aircraft. This shape also is intended to invoke a feeling of movement which is a defining feature of the aesthetic.

Wanting to work with a microcontroller and fiber optics is what ultimately lead me to chose the function of my artifact. I have always thought fiber optics possess a very unique look that cant be achieved with other materials. By far my favorite aspect of this look is how when illuminated the ends of the fibers look like stars. I knew I wanted to use this aspect in my artifact, but I wanted to apply it in a unique way. At the start of this project, I also knew I wanted to expand my knowledge and skill set pertaining to microcontrollers. Prior to this semseter, I have had almost no experience with electrical design and the programming of microcontrollers. This lack of experience is what lead me to incorporate these aspects into my design. With these two goals in mind, I began brainstorming how I could combine them into one cohesive project.  Ultimately through doodling various images I could make with dots created with fiber optic ends, I realized I could make a unique font with numbers that appeared to be constellations. I decided to take this idea in the direction of a clock because I believed it would provide an ample amount of challenge for the electrical design and programming.