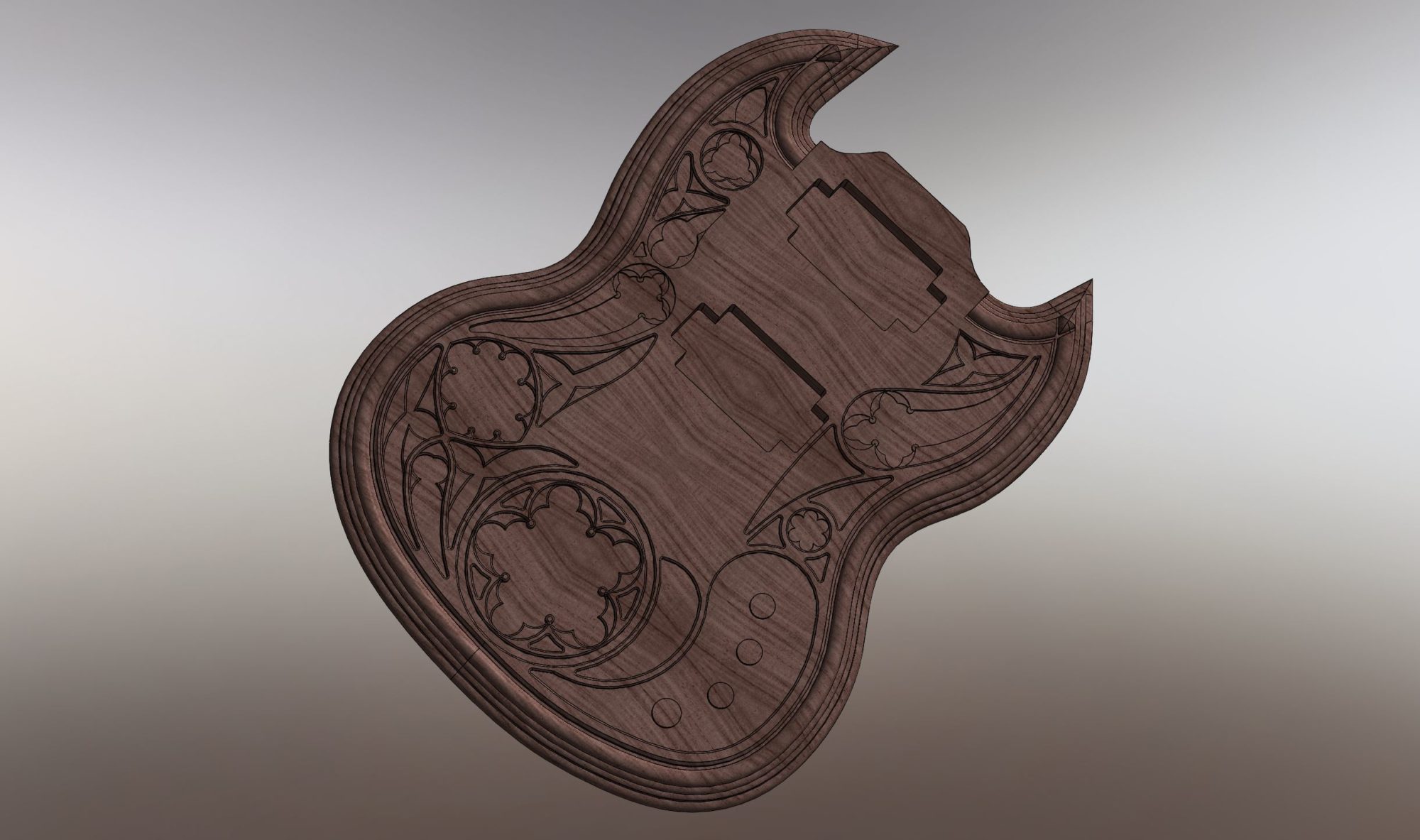 For the final project of the course MCEN 5228: Aesthetics of Design, I will be making an electrical guitar, or more specifically, making the body (figure 1) and reusing components of an old electrical guitar. It is dynamic in that it can be operated onto and it produces a reflecting sound through electrical components; and in terms of an aesthetic, the artistic manipulation of the hardwood body will be a challenging objective. This project will satisfy the following requirements:

The overall vision would refurbish the guitar in figure 2, mainly the body which is not aesthetically pleasing currently, and then overlaying that aesthetic to all the other components. The aesthetic itself of the body, then is very important and a number of aesthetics have been played in my mind. Looking my planned asthetic, I hope to combine a streamlining aesthetic with a modern matte black aesthetic, both considered at their respective points as very modern aesthetics.

Streamlining aesthetic (figure 3,4) has a very shiny, curvy, and aerodynamic look to it, naturally intrinsic to electrical guitars I feel. The aesthetic emerged in the 1930s and was used in industrial design, namely: railroad locomotives, telephones, toasters, buses, appliances, and other devices conforming to the sleek and modern impression. The electrical guitar itself was developed in 1932, so I believe this type of aesthetic is very fitting for such a piece.

My thought behind combining a matte black modern aesthetic onto what once was considered a very modern aesthetic will try to infuse both modern aesthetics into my project. Matte finish are similar to flat finishes with non-glossy finish to diffuse reflection. However, the two aesthetics do contrast each other in some ways as streamline aesthetic is shiny, so I imagine both will exist but not be mixed on the electrical guitar (Figure 5).

I’ve played around so far with a couple different designs on CAD, drawing them alongside different images that I pulled up from Google and combined the best designs into a body that I’d like (Figure 1)(Figure6). I didn’t spend too much time on hand sketching in order to budget my time, given the limited time and scope of this project. The actual design I plan on using is shown in figure 7, as it is the current file I have compatible with the ITLL CNC machines, which is what I intend to use to carve the guitar, working closing with the ITLL staff and ITLL machine shop faculty. Some post-renders of different base layer aesthetics are seen in figure 8-10.

As seen in Figure 10, there are some very nice naturally aesthetically nice woods such as Walnut, Rosewood, and Hardwood, and also Maple. I have been looking at Guitar Wood Experts and looking to order soon[3]. Their woods range from $25.00 to $200.00.

The current plan is to re-purpose most of the components of an old electrical guitar, except for the body itself. If I have more time, then stretch goals would obviously include making the other parts as well, such as the head (figure 11) (figure 12).

To achieve project completion, I would essentially have a working function guitar with a completed and aesthetic body. Ideally the sound that it produces would be of quality, but if it produces any sound – that would be a success.

Will Tse
Previous Post
Who saw this coming, am i right? – Emily Jordan
Next Post
Design Review 1 – Drink Maker