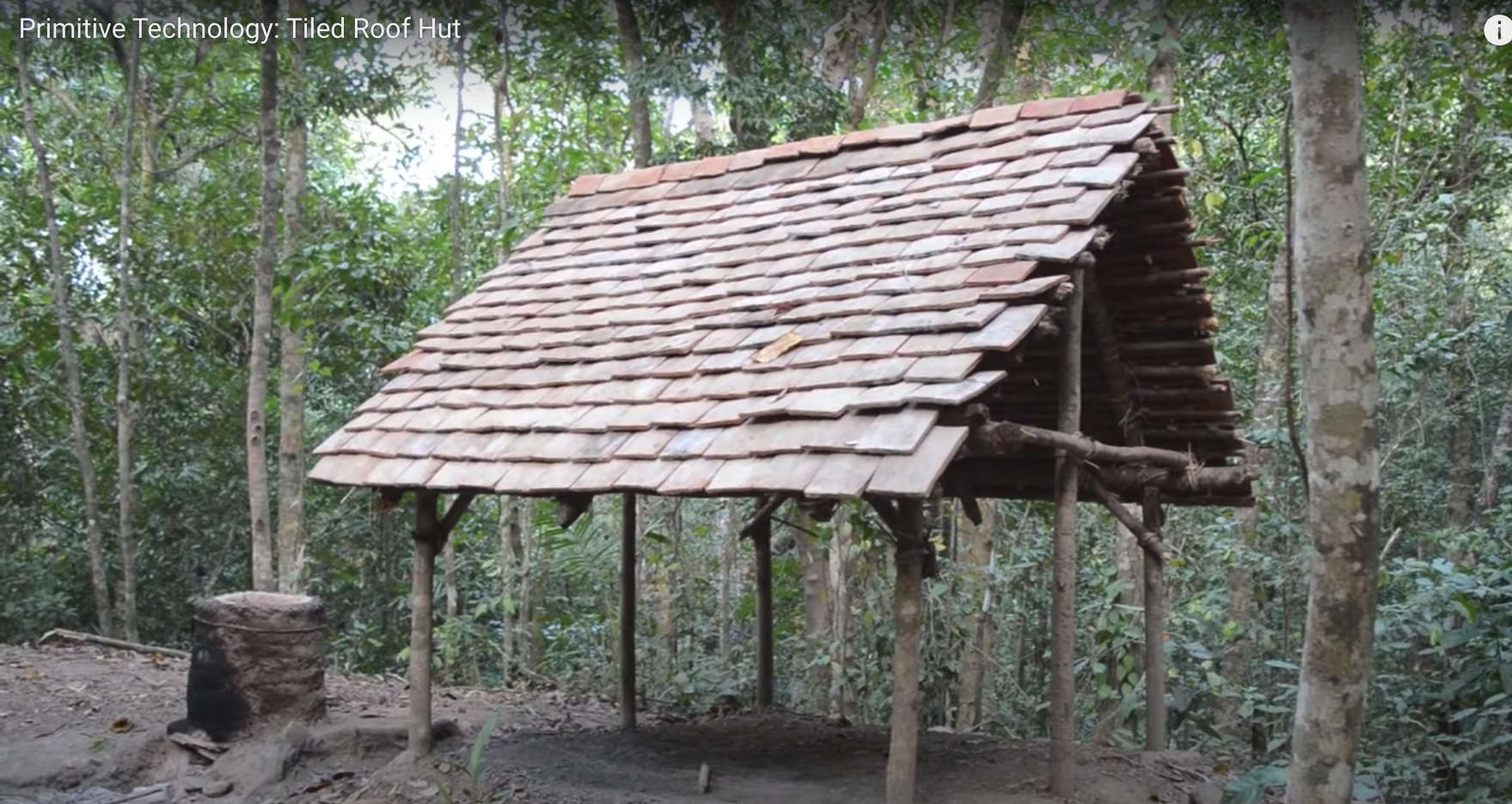 My favorite design build videos are by a man who has a YouTube channel called “Primitive Technology.  He defines primitive technology as “…a hobby where you build things in the wild completely from scratch using no modern tools or materials.”  He doesn’t live in the wild, but all his videos are shown using tools and materials found in nature to build a variety of objects. His topics include pyrotechnology, shelter, weapons, food & agriculture, tools & machines, and weaving & fiber.   On average, the videos range from 5 – 10 mins. It’s based in Australia, and he occasionally camps in the bush to create his videos.

For me, the most intriguing part is that I don’t understand what aesthetic he’s creating.  For starting, he’s always shirtless and barefoot, as if to re-create similar dressing styles when this primitive technology was used.  However, he does not look like a hippie; he has a crew cut, and the viewer can’t see a single piece of jewelry nor (visible) tattoos. Despite making multiple videos shirtless, he does not use it to flaunt any muscles.  He’s always clean, throughout the entire video, in contrast to what people most likely looked like during that time period.

One thing that is noticeably consistent and distinct about his videos is the absence of added sound.   He never speaks. There’s no music, no voice-over, no additional sound effects whatsoever. This creates a unique atmosphere, where the only things you hear are the same things the builder hears, at the same time.  You can hear the chopping, banging, and hanging of materials, as well as the leaves he walks over, and the sound of small trees he chops down.

However, a setback for the viewer by the author staying silent is he doesn’t explain what, how, or why he’s doing or anything about his design and build process.  This is a unique category, because it’s difficult to know what category the channel fits into. It’s not considered a “DIY” tutorial because it doesn’t teach or help the viewer re-create the object(s).  It may be considered art, but the viewer doesn’t know what the materials are or how they’re used together, and there are no effects usually associated with . Since there’s a lack of instructions and knowledge, it’s also not considered educational.

Primitive technology are fun videos to watch if you want to see how everyday, natural materials can be used to create a multitude of necessary items.  They are not educational nor very informative, so the videos leave a sense of wonder for the viewer.