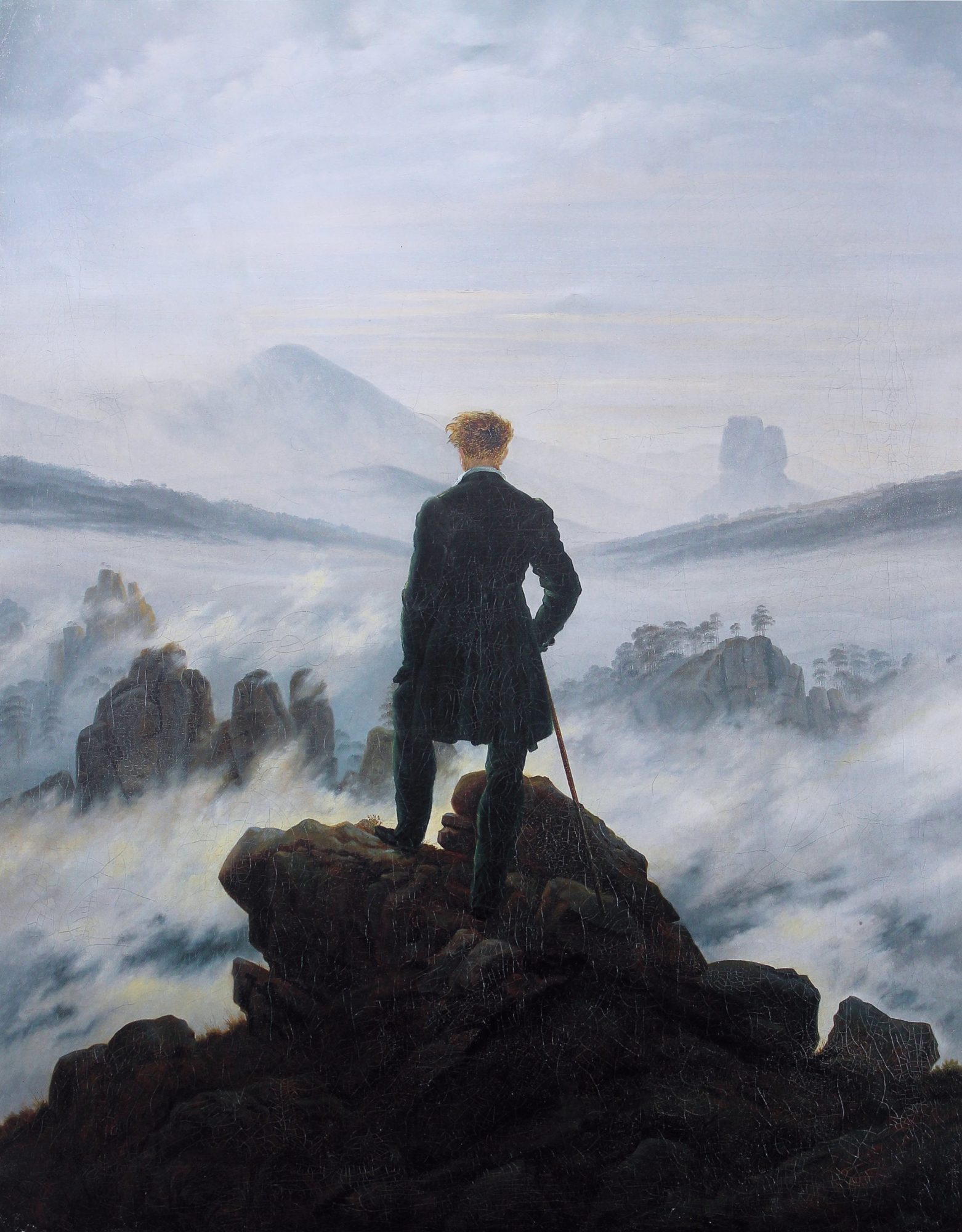 For my upcycling project, I want to take a look a visual idea that I find to be very captivating. It’s of a figure that stands upright or leaned forward, representing individual liberty and triumph. Something that can capture the strength and heroic nature of the human spirit. I also would like to work in three dimensions and create a statue or a sculpture for the first time.

Romanticism often has paintings that show this idea, from Wanderer above the Sea Fog by Casper David Friedrich to Liberty Leading the People by Eugène Delacroix, and often depicted themes of individualism and freedom. The visual image of these two paintings have always caught my attention due to the way the central figure in each seems to be in command of themselves and their surroundings, never unsure or backing down.

Another example of this idea can be seen in the ancient sculpture of Nike, the goddess of victory, called The Winged Victory of Samothrace. Although it is missing many components, including the arms and head, even the remains seem to exude a kind of triumphant energy and motion.

In more modern years, some examples of this can even be seen in the Disney film Pocahontas, where the character is shown standing proudly at the edge of a cliff. Standing there, her pose is poised for something more and looking to the distance.

Another modern day example can be seen in the art of Seth Vandable. He is one of my dad’s favorite artists (as well as one of mine) and I was actually able to meet him when I was much younger in Crested Butte at an art fair. He told me that the foundation is learning to draw, that (paraphrasing) “If you can draw, you can learn to do everything else.” I guess it’s time to see if he’s right. An example of his work can be seen in his sculpture Harvest Gold below.

This kind of pose and idea can even be seen in some of my own work in the past, like this work in progress of mine here:

Wanderer above the Sea Fog by Casper David Friedrich

Work in progress by Daedalus Muse