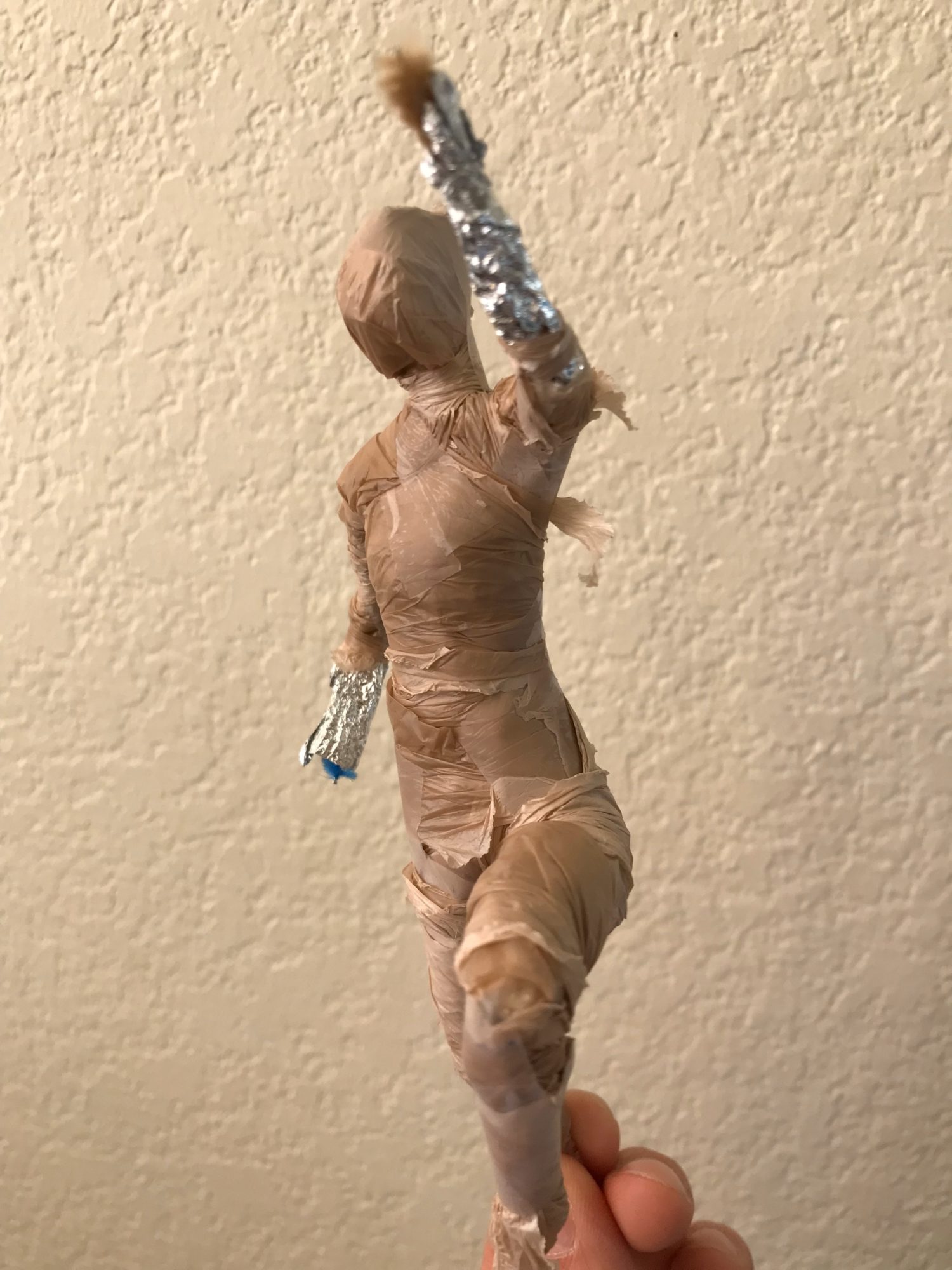 The upcycling aesthetic that I chose was one of triumph and adventure. I decided to create a statue with a heroic pose made primarily out of a plastic bag, at least from the outside.

The materials I gathered for the piece were pipe-cleaners, tinfoil, a small paper cup, and a plastic bag. Following the basic strategy for clay sculptures, I first created a “skeleton” out of the pipe cleaners that would serve as the structural component of the figure.

At this stage, it was important to create a kind of pose that exuded energy and motion while still retaining approximately the correct proportions. The cup was tested for its use as a stand, and after the gesture was satisfactory, I took the skeleton and began to add mass to it.

I did this by using tinfoil that was bunched up and molded onto the pipe-cleaner structure. Occasionally I would use tape to further secure everything together. This step of adding tinfoil was done so that mass could be added quickly and so that the shape could take form more easily than if I had used the plastic bags overall.

Once the majority of the figure’s larger features were filled in, I began to wrap torn bits of plastic from the plastic bag and wrapped them around the torso and appendages. Overall, the statue is beginning to take shape and it has been a fun exercise.

All photos by Daedalus Muse