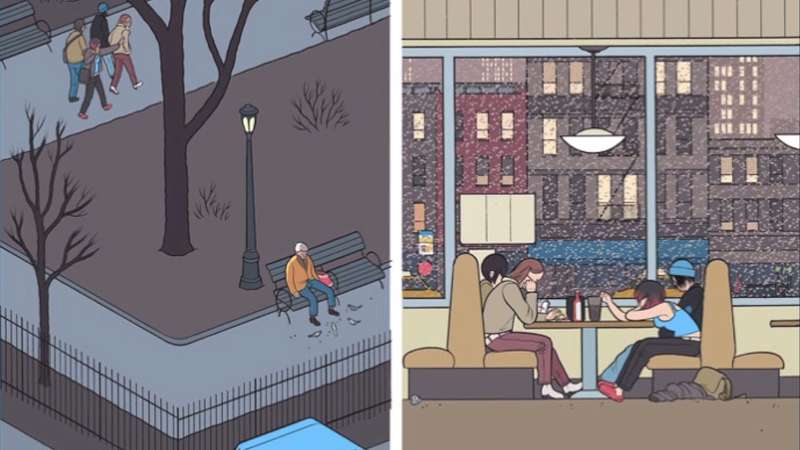 This particular prompt has been a rather complicated and difficult one for me to think about since I don’t give much time into determining a consistent feeling or tone in my visual appearance. In other words, I don’t think I have a concrete visual aesthetic I ascribe to in real life or online. I know that I do have preferences and subjective ideas about the general aesthetics of the world around me and the people that inhabit it. But in terms of myself, I can’t say that I actively try to design and plan out how I look in order to articulate some visual aesthetic. Nonetheless, like everyone else, I do have a general idea on what looks interesting on and around me as well as how to carry myself. Although my preferences tend to be fluid over time and never subscribing to one particular look, in this post I will explore my forays into different aesthetics that I have inhabited .

Before I go into the aesthetics I have experimented with, it is important to understand the aesthetics that I grew up with and that has influenced my subjective views. To start off with, there is no better one than my cultural background. I am Indian, I grew up in an Indian household, went to India many times in my life, and consumed many forms of Indian media. This has influenced my preferences in many ways, as some aspects of Indian architecture and style are beloved to me while others I have seen more than enough of. The next thing that has influenced me is midwestern cabin aesthetics. Since I grew up in Colorado, which is a very nature and mountain oriented state, I had a lot of influence from camping and cabin culture. This was emphasized by my frequent trips to the mountains with family friends where all the families would rent out a huge cabin. Plus, most homes in Colorado had semblances of this aesthetic. Other than that, there have been many different types of fashion movements and aesthetic movements throughout the 2000’s and 2010’s which have also affected my preferences. Art forms like Graphic novels and animation both also affected them as well since I used to read a lot of comics.

Throughout most my life, I never really had a concrete style of clothing. I mostly wore whatever I could buy and chose my clothing based on functionality and avoided extravagant pieces that would stand out in a crowd. Most of it happened to be casual sports wear like sweatpants and Nike socks, but also included generic graphic tees and shorts, especially before high school. This could be described as a sort of minimalist thrift aesthetic, since most of my style contained minimal design and looked more plain like most clothes you’d find at thrift stores. This is supported by my sense of interior design (or lack thereof) in my personal rooms. I have never really decorated or embellished my room to make it look any certain way, and instead I situate my room and the items in it out of functionality. This results in a mostly bare room with objects I actually have a physical use for. For example, there are no posters or led lights in my room, but I do have a desk, a bedframe, and a shelf which all match each others aesthetic. In turn, their shared aesthetic pops out in my relatively bare room. This same principle applied to my minimalist thrift style clothing.

With the beginning of high school, I started to have some semblance of self consciousness and actually started to care about how I look. As, I mentioned before, I did not have a concrete aesthetic set in mind, but I did start exploring more options. While I did continue to wear primarily sports casual type clothing, my attire started to become more dynamic. I wore plaid button up shirts that went well with khaki pants and wore more graphic tees and shirts whose art actually seemed interesting to me. Speaking of art, I started using more graphic novel and pop art designs combined with minimalist aesthetics throughout my life in person and online. This type of aesthetic is hard to put a name on, but I describe it as post modern pop art influenced by digital graphic design.

Image 3: Naruto shirt I have that I think fits the aesthetic

After going through my personal experiences with different aesthetics, I still don’t know what I would describe as my own personal aesthetic. But, on the bright side, I think I do have an aesthetic from these that would work well with my final project, and that happens to be the last one I touched on. I’m sure I could explore other options outside my comfort zone, and I might change my mind about my pick, but if I go through with this one, I feel confident about it.