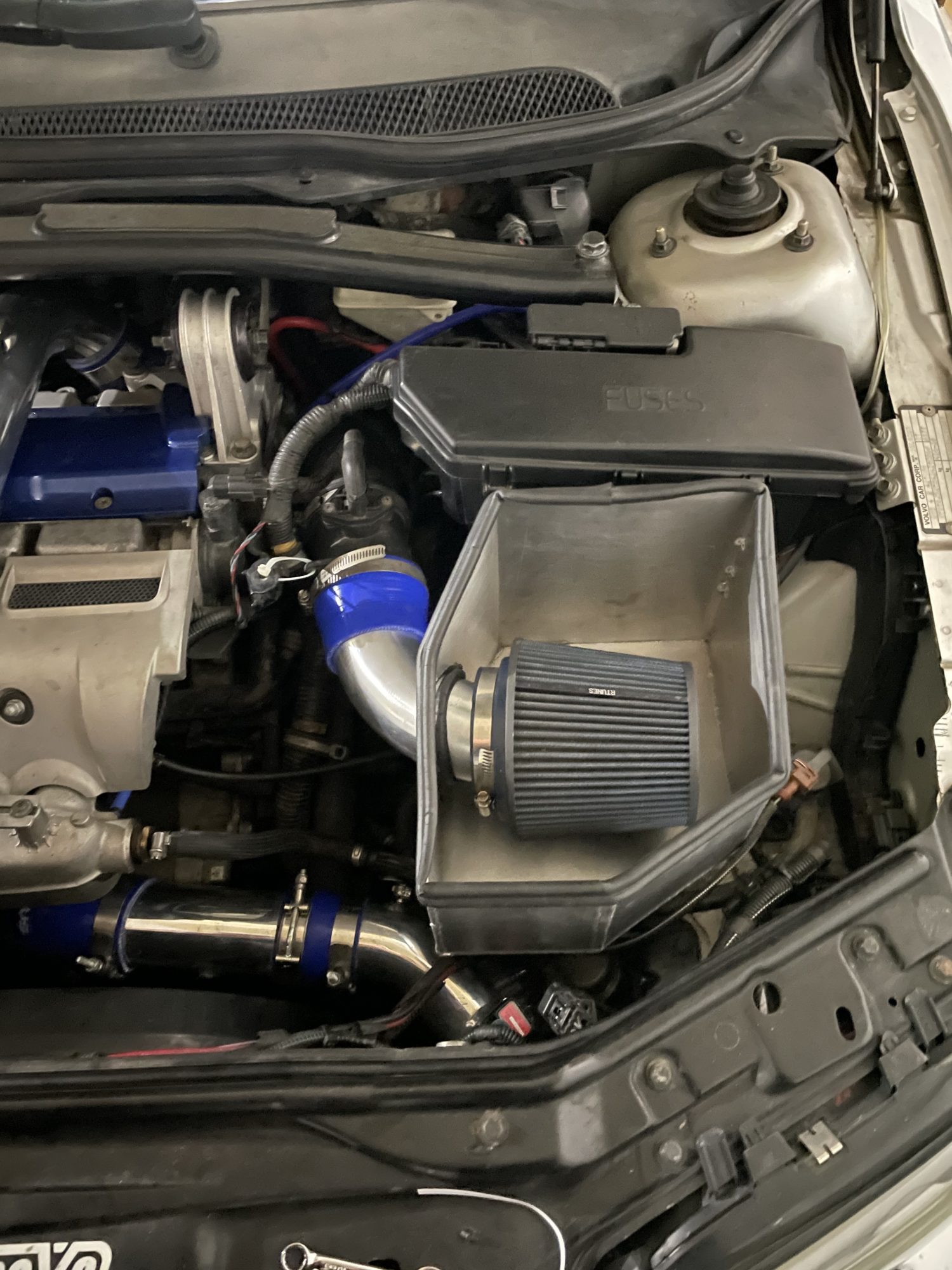 For my airbox project, I had a lot of specifications and constraints to work around. After the vehicle was in an accident, I didn’t really have a functional air enclosure at all, it was just a filter. Because of this, my primary specification was to separate the hot air around the engine from the cool air that should be entering it. Without this, the airbox design would not be effective at all. It should also be capable of flowing the same amount or more air through it compared to the factory design. My next design specification would be manufacturability. I needed to design the system in a way that I could actually fabricate it without the use of advanced tools like a CNC machine or water jet. This means I had to do straight corners and minimize the curves I used throughout.

Another extremely important specification is that it needed to fit the car. In this case, that means I need to have the right parts to connect the air filter to the mass airflow sensor, as Volvo’s design puts the air filter directly on the mass airflow sensor. I also wanted to match the design of the rest of the components in the engine bay, which I thought would be easier than it was. Luckily, many of the things like the fuse box have mostly flat edges that I could replicate to a degree in the airbox design. I also tried to replicate the shape of the radiator support in the front of the airbox, but this design choice was partially attributed to the space constraint I was working in.

As for constraints, it was extremely important to build the entire induction system in such a way that it would fit in the available space in the engine bay as well as utilize mounting points that already exist, rather than fabricating new ones. Another important constraint that I initially overlooked is the shifter cables located directly under the intake. I found that while I was in the design process and had the air filter floating in the engine bay that the shifter linkage made contact with the air filter because it sat too low. This made it hard to get into reverse gear and informed me that the intake tube must be held up higher in the engine bay in the final design.

While I am pleased with most of my design, there are some things I am not happy with and therefore it still needs some work before I can consider it complete. Firstly, and most importantly, there is no way for fresh air to flow into the airbox. Therefore, I have decided to utilize the factory cool air feed location with brake ducting hose to keep the cool air separated from the radiant heat from the engine. I will need to gather the materials and drill a couple more holes to do this. I also found that the weather stripping I purchased is not adequate for the job, so I have ordered some better material to use in this application. I am very pleased with my progress and I think I have captured the design constraints well, but I would love to hear your comments about the project below.