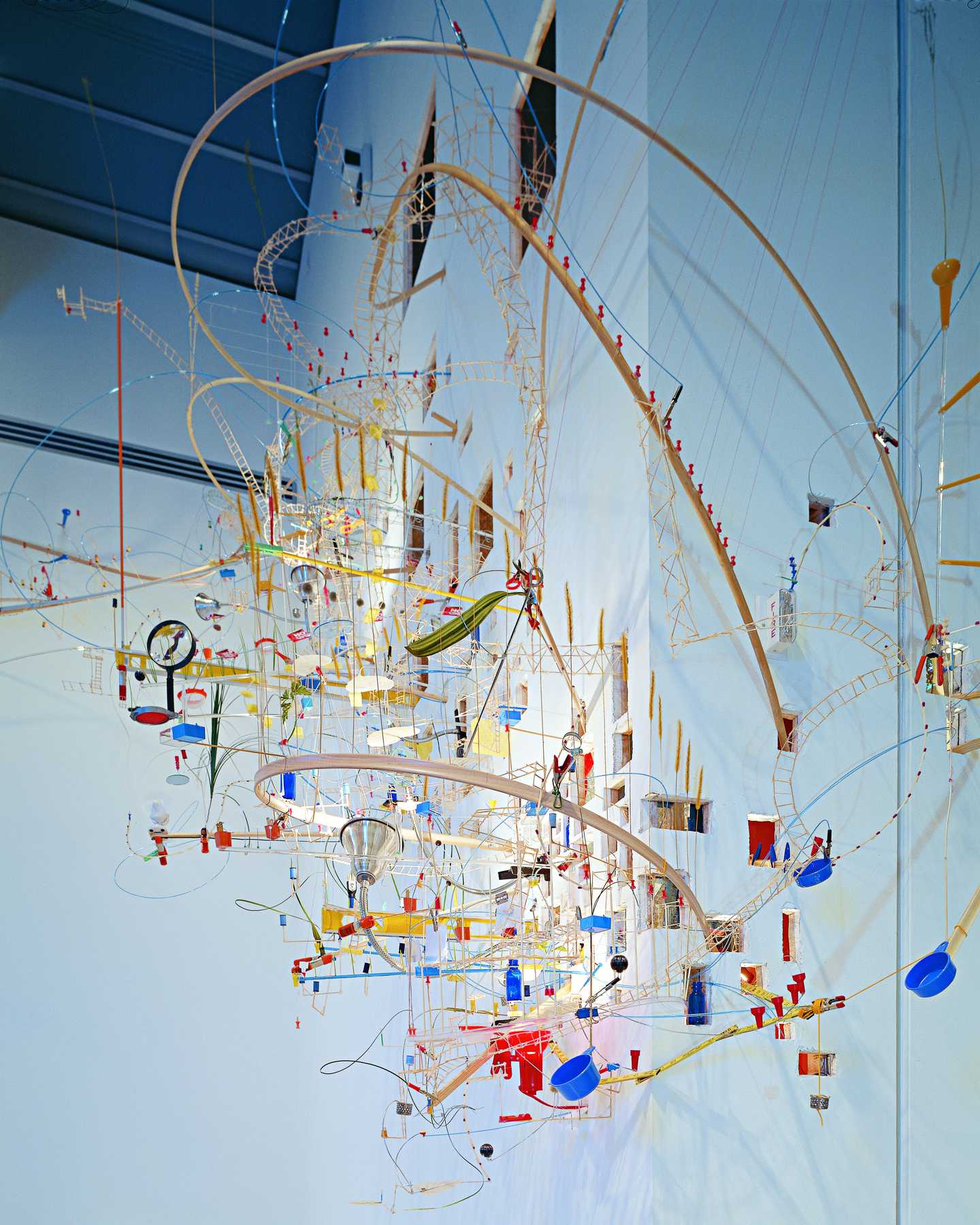 Below are a list of sculpture artists that primarily work in Found Objects. This is great to look into for inspiration for your upcycling project.

Marcel Duchamp Fountain 1917, Bicycle Wheel 1913. He is considered one of the fathers of found object. Decontextualizes the item itself and redefines it’s purpose.

Joseph Beuys I Like America and America Likes Me 1974, 7000 Oaks 1982. Firm believer that anyone can become an artist. Focus on site/off-site specific art and the geopolitical influence behind sculpture.

Theo Jansen Strandbeest 1990-current. An evolution of kinetic sculptures called “beach beasts”. Uses PVC pipes, tapes, and pressure to allow the creature to move and has a constant evolution of the animals.

Doris Salcedo Installation at 8th International Istanbul Biennial 2003. Colombian based artists that takes furniture pieces from persons that have been taken from the country during the revolution and memorializes them.

Sarah Sze Seamless 1999 (shown above), Timekeeper 2016. Taking everyday found objects and creates large scale installations that invites the viewer in to move around it.

Chakaia Booker Acid Rain 2001, Conversation 2006. Although these works focus on tires, Chakaia has a large focus on wearable sculpture.

https://www.tate.org.uk/visit/tate-modern/display/materials-and-objects/sarah-sze Featured imaged is taken from the Tate installation of Sarah Sze