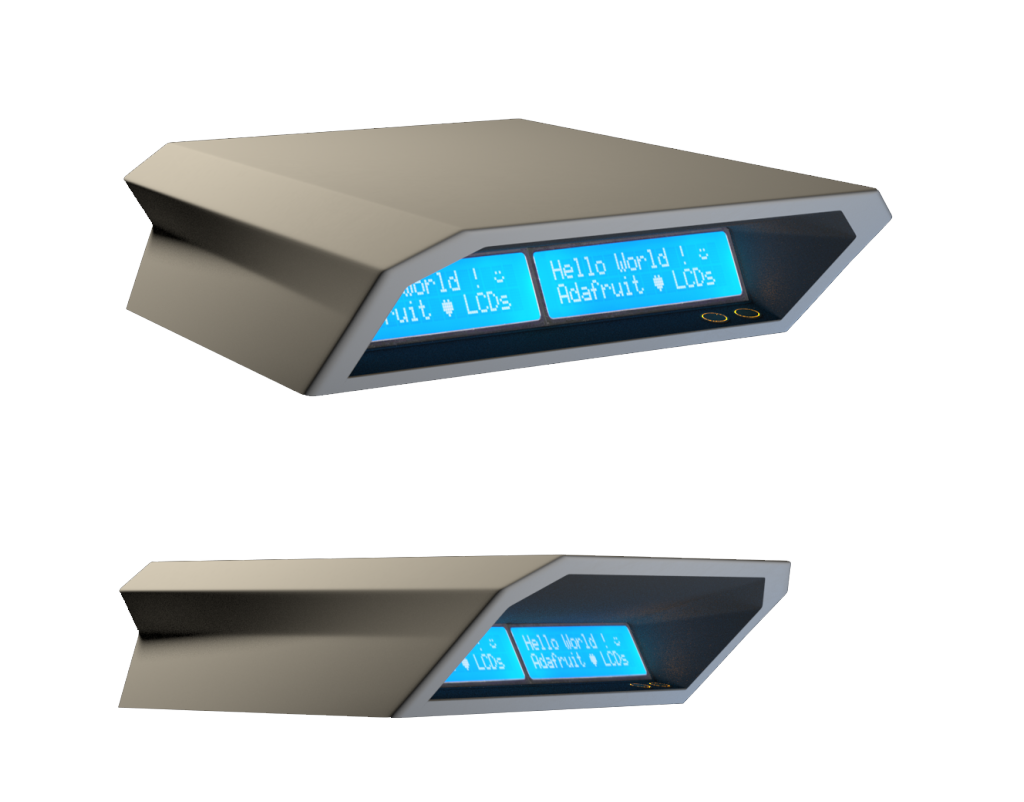 Upon a first impression, it should strike the viewer as an object that is futuristic and robotic, but there should also be a feeling of being old and outdated at the same time. If such a thing exists, the design should convey a world where heavy machinery has become automated and robotic. When someone thinks of heavy machinery, they think huge, loud machines covered in soot, and for the most part, they were designed for functionality as opposed to form. What happens when we try to add a futuristic aesthetic to something dirty and industrial?

At first, I wanted to address the dynamic part of the project by having the design perform a mechanical movement by implementing a translational or rotational mechanism. I think given how many projects I am already working on this semester, it may not be a good idea to dive into the kinematics required to make such things work. For that reason, I decided to implement user interaction instead to give that dynamic effect. But this isn’t the only dynamic aspect of what the project should do, the dynamics are really from the information being generated and displayed on an LCD screen. For now, I want the LCD screen to display information such as time and room temperature. The human interaction part comes in when the user wants to change the time on the LCD. This will be accomplished by capacitive touch buttons to give a futuristic feel. In the future, I think I would like to use those capacitive touch buttons to open a hidden storage compartment.

A lot has changed since my last post. After having a conversation last week with my classmates, I decided I wanted to go for the aesthetic from the game Borderlands. Although I’ve only played Borderlands 2, I can’t really explain to you what it’s actually about. But, it takes place in a very heavily industrialized world far into the future where large autonomous robots are everywhere. 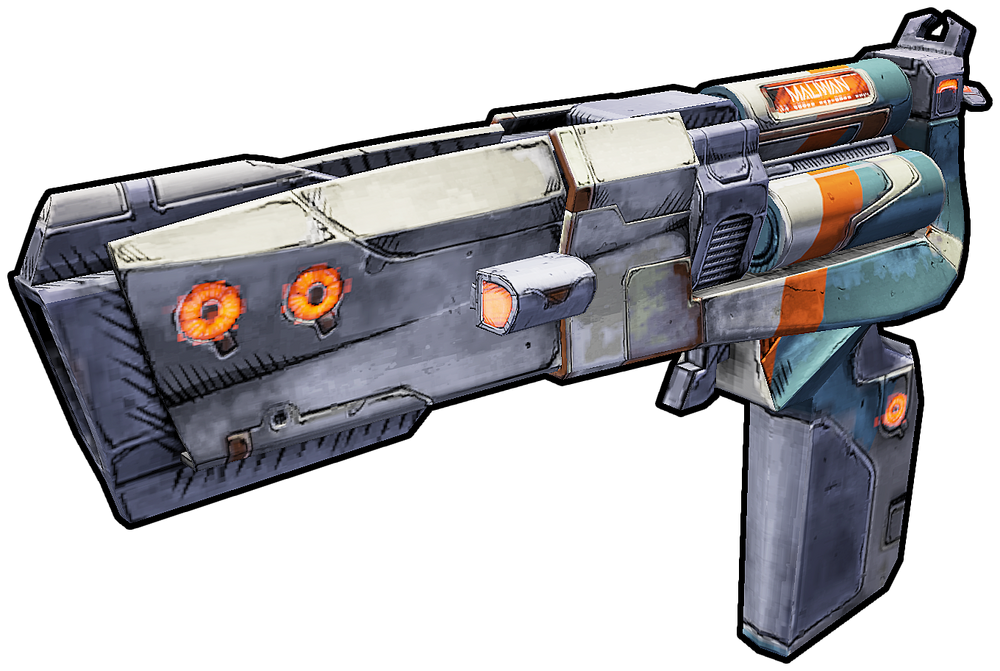 The Borderlands look is very unique. It’s not cell-shaded, but it’s a mix of cell-shading and comic book graphics. The black borders give it a toony look, but there is a slightly more realistic feel with the posterized textures on the faces. This combination gives a visually pleasing aesthetic, which is further enhanced by the cool futuristic curves that are both sharp and organic.

The common design features in this Borderlands aesthetic is the use of sharp peaks. You’ll notice in all three of these images that the top of the gun will start off at a 45 degree plane and bend at 90 degrees to form the first peak and bend again to form the second peak. 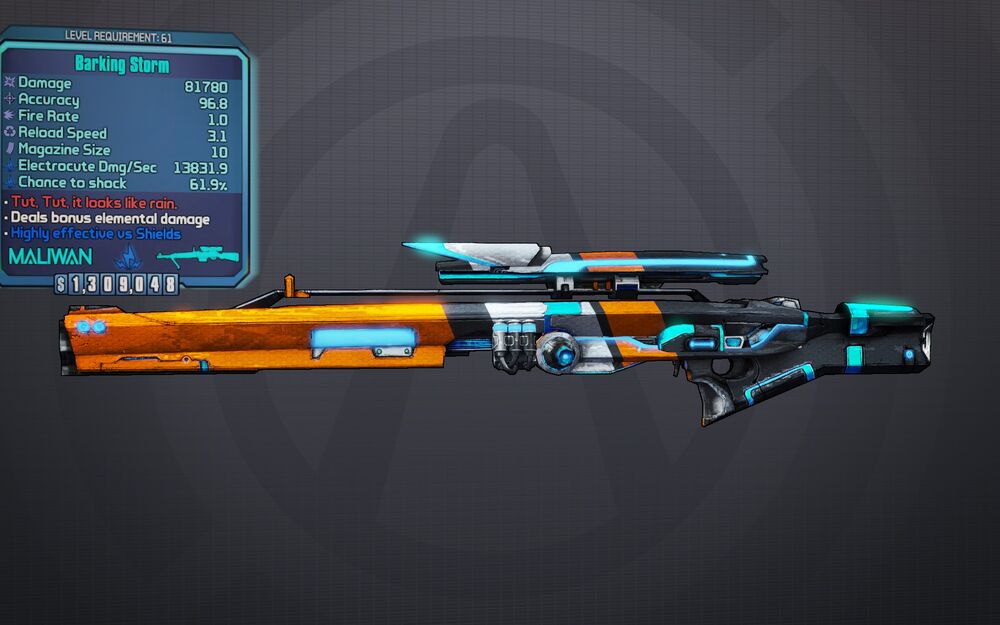 Another aesthetic feature is the use of glowing lights as seen by blue/orange rectangular displays and sometimes the use of long strips of light that makes it way from the stock of the gun to the scope. The color schemes also work very well together, using contrasting colors such as green on blue or blue on orange. I’m sure there’s a term for these kinds of colors.

These are the main components for this project: