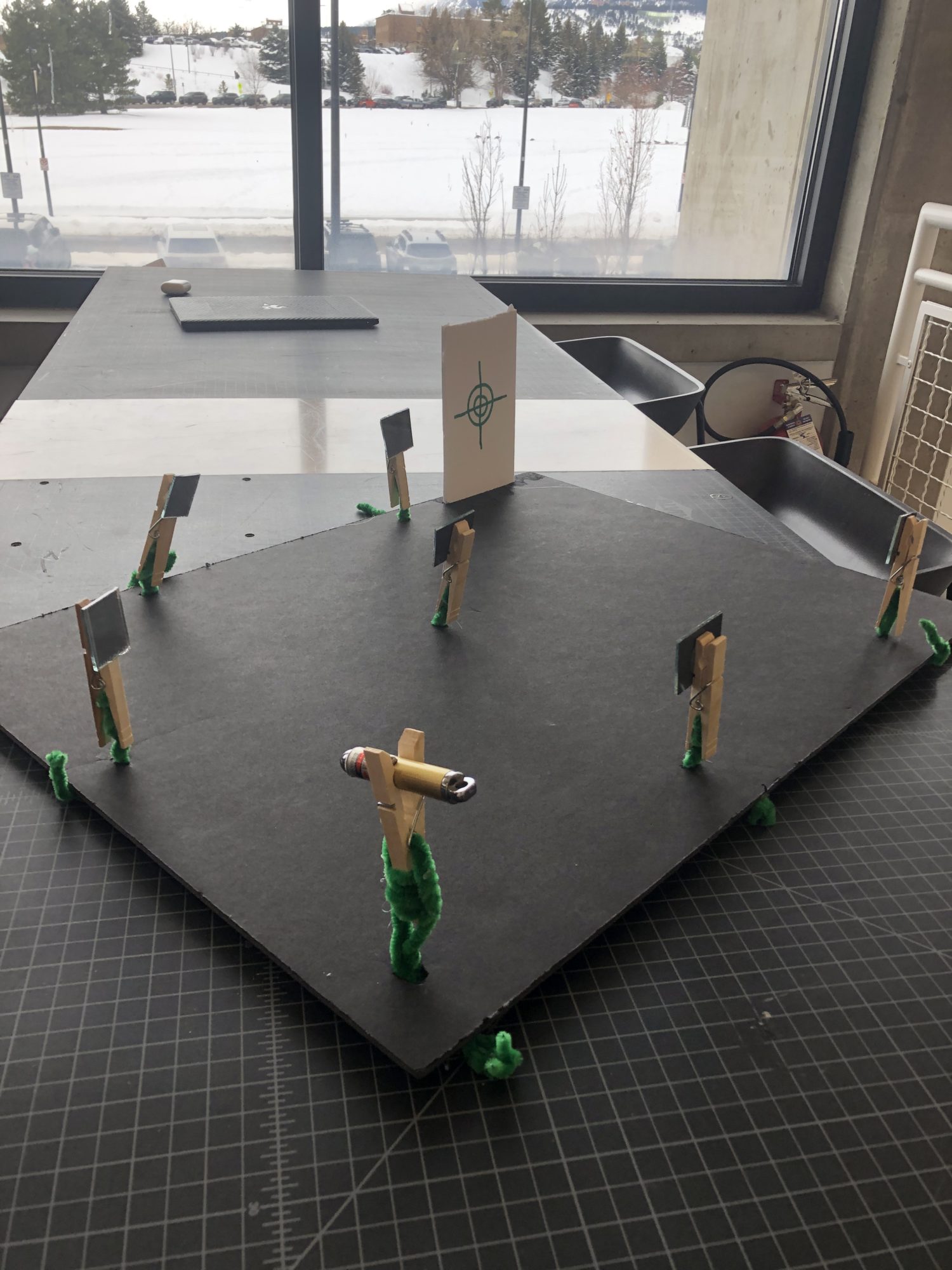 Upcycle Final Report: The Everything Drawer

For my Upcycle project, I wanted to create something that utilized materials found from my everything drawer. The everything drawer is a commonplace for items that do not have a  designated place to go.  The items placed in the everything drawer either are placed there and then never touched again, or are placed in the drawer and later thrown out.  I was inspired by a quote repeated to me by my parents, “A place for everything and everything in its place”. This was something that they told me a lot more frequently when I was a child, helping to teach me tidiness. I recently went back to California and saw my parents before they left on a trip to India. Before my parents left, leaving me to take care of the house, my mom mentioned this same quote which I had not heard since my youth. It made me think, “what about the things that don’t have a place, where do they go?”  This is where I made my realization.  The items with no designated place go in the everything drawer! When I got back to Colorado, I sifted through my everything drawer to see if I could find materials that would be used in my upcycle project.

After going through my everything drawer, I found some crafts materials which I had no idea what to do with.  So I started making some sketches.  I came up with a few different ideas, but the one that I was attached to most was an idea of a laser maze. This would be a game where the user would reflect a laser off various mirrors to reach a target.

I liked this idea the most because it was interactive and implemented an aesthetic that I was not very familiar with.  The aesthetic that my upcycle project will incorporate is “game aesthetic”. A professional on the ideals of game aesthetic is Simon Niedenthal, a researcher who went to Malmo University in Sweden. One of his published works, “What we talk about when we talk about game aesthetics” highlights the emotion that we feel from a game or a challenge and describes those reaction emotions as the game aesthetic.

My design process was more free flowing at first, having to find materials and then basing the project off the materials I found rather than thinking of an idea, and then seeking out the materials left me at a heavy standstill for a while.  After going to the drawing board and finalizing how these different materials could interact with each other,  my design process became much more structured.

The materials I used for this project found in my everything drawer were clothespins, pipe cleaners, a hand held mirror and a laser pointer.  I also gathered recycled cardstock from the engineering plus wing of ITLL, which would act as the board for the game pieces to sit on.  I first cut down the pipe cleaners to the same length and braided them together for stability.  Then I hot glued each braided pipe cleaner to a clothespin.  This was done 7 times for the 7 pieces that would be mounted to the board.  I then took the personal mirror and lined up squares on the mirror that were then cut using a mirror scorer.  Once 6 square mirrors were successfully cut, they were then each glued to a clothespin/pipe cleaner assembly. The final clothespin/pipe cleaner assembly was for the laser pointer to be attached to.  Once the 7 pieces were clompleted, I cut out appropriate holes on the board for the pieces to go, based off my initial sketch.  I then added additional glue to secure each piece to the board.  At this point, the orientation of the pieces on the board allowed the laser to bounce off each mirror, but there was no end goal on the board.  I then cut a piece of cardstock, drew a target on it and glued it down to the board.  Now, the laser could bounce off each mirror and reach and end goal.

My next steps for this project would be to add an interactive component that would give the user some sort of satisfaction for completion of the game.  Simon Niedenthal mentions that part of the game aesthetic is the emotions one feels not only during the game, but also once the game is completed.  To go one step further and enhance the completion aesthetic of the game, I want to implement an Arduino into the target.  The idea behind this would be that a photo sensor would be in the center of the target and once the sensor is hit by the laser, an LED would turn on, signaling completion.  This would not be too difficult to implement, I would make a casing for the Arduino from cardstock, and orient the circuitry so that the sensor would fit to the center of the target. I would have to wait until my class schedule dies down a bit to implement this, but I think it would be a great addition to this project.