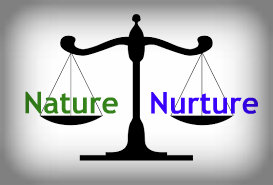 My aesthetic roots are a large mixture of nature vs nurture.  I grew up in a wealthy, affluent area of New York. My nature is more relaxed and hippie-like than a typical New Yorker.  While there, I was told I had a laid-back look and was often told I was undressed by my siblings. However, in California and Colorado, both places I’ve since resided in, I tend to be told I overdress by my friends and associates.  Another seemingly oxymoron my aesthetic has encountered is my confidence, or lack of, as well as my volume. In New York, I’ve been told I’m quiet and come off as shy, and to be confident in my opinions. When I lived in San Diego, multiple friends told me I spoke too fast for them, and they didn’t understand why I talked so loud.  I’ve been asked if my accent is east coast, west coast, and southern throughout my life. I seem to have a mixture even according to my family; growing up, my room could only be described as a messy tornado. Despite my parents and siblings still believing me to hoard messes, friends and extended family have told me I have very few belongings as well as being overly organized.

I believe my final project represents part of my aesthetic roots, but doesn’t embody my personality.  I went for a sleek, trimmed, finished look with real wood and no frills. This is a drastic change from my upcycle project, which was all about colors and shapes and experimenting with new techniques and materials.  My upcycle had sharp edges, was extremely delicate, and about one square foot. My final project is the opposite; large, colorless except for the natural wood, sturdy, and useful. Separately, these two projects are aesthetic opposites.  However, together, they represent the mixture of my upbringing.