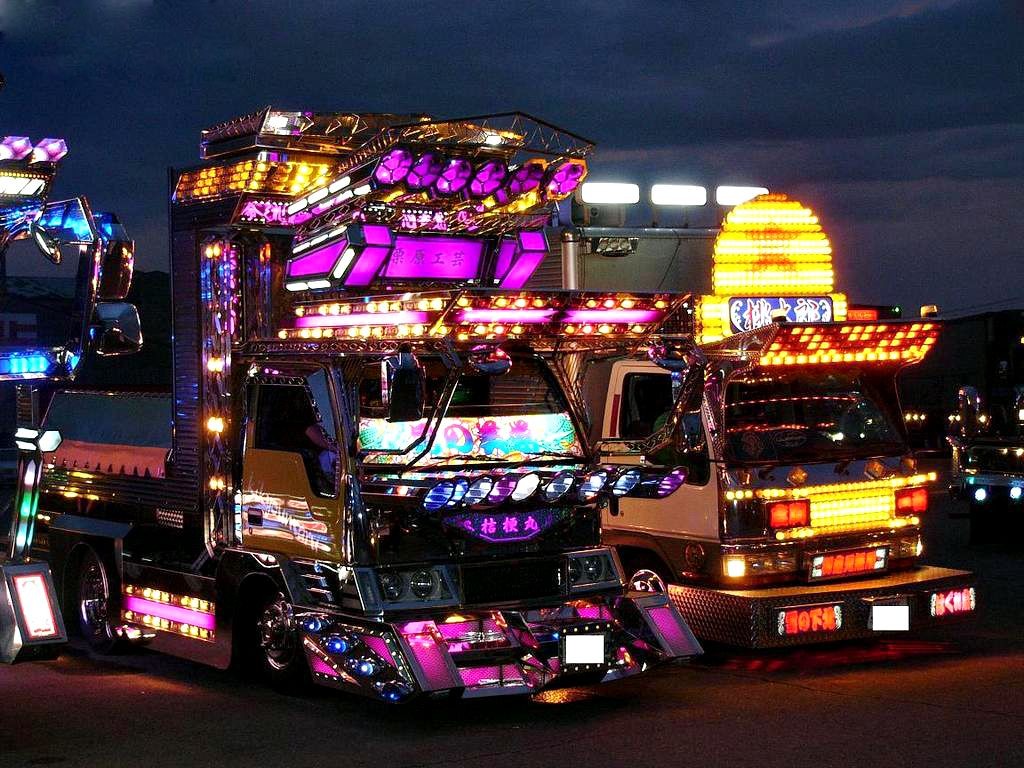 Dekotora or “decoration trucks” emerged when the Japanese series “Truck Guys” came out in 1975 [1]. The plot of the story involves two men who travel across Japan in their decorated trucks, basically fighting crime and protecting people and being portrayed as heroes.

Since the series came out, hobbyists and truck drivers with day to day jobs such as delivering vegetables or fish have joined the Dekotora truck scene, using their own money to decorate their trucks. A separate generator is equipped in order to be able to power all the lights. These decorated trucks are made purely for fun and serve no other purpose but to gather people together of similar interests and to show off the wild side that is Japan.

Dekotora trucks have loud style, using many decoration elements such as chrome, bright colorful lights, and even chandeliers as interior decoration. Since the 1990s, the Dekotora scene was influenced by Gundam, a popular anime featuring giant robots. The trucks implemented more angular features and overall giving off a robotic look. The style of Dekotora has remained the same since.

Dekotora trucks are actually not that common in Japan relative to other car scenes, but it is one of many cool things that Japan has to offer if you can find one.

The video below is one of many gatherings held by owners of Dekotora trucks.