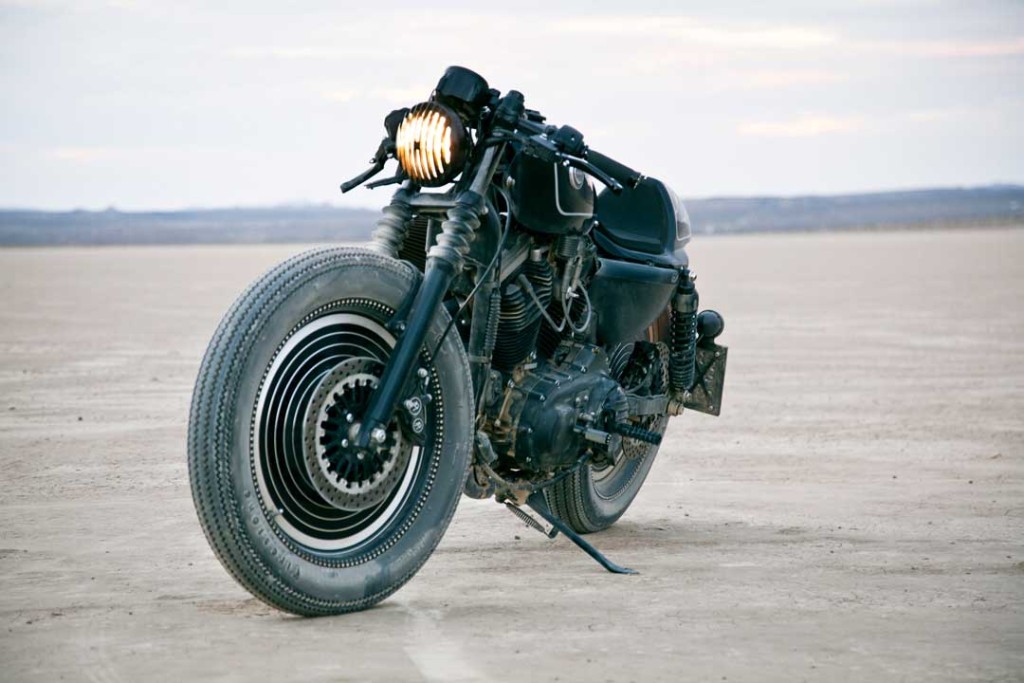 I want to make a bicycle. More specifically I want to bring to life a zombie apocalypse, punch you in the face, cafe racer inspired cruiser bicycle. Finding my project for the main focus of this course has gone through a lot of refining, but I think I have settled on this final idea.

I began with an idea to build my own cruiser and purely aesthetic oriented bicycle. Wanting to stray from the many bicycle frame designs already out there the next natural place to turn was motorcycles. Choppers came to mind as I really enjoy the aesthetics of some, but frankly riding one is just not my style. Then, I was exposed to the cafe racer motorcycles through another students aesthetic exploration in this class. I really loved the stripped down performance oriented and to me what looks like a “hunched” feel to these bikes, with floating seats and narrow handlebars.

The next inspiration also came as a result of an aesthetic discovered for the class. In one of our guest lectures the film “A Faster Horse” was mentioned. In that film about making the new Ford Mustang a designer mentions drawing inspiration form the Joe Lewis fist in Detroit and that resonated with me. I have always liked that artwork and love the aesthetic of a clenched, punching fist. I want this bike to PUNCH through the air and anything in front of it.

I have seen a few bicycles with a similar aesthetic but while I can’t say exactly my design right now I will definitely bring my own style and aesthetic to it. One idea I’ve kicked around is riffing off the Mad Max and zombie apocalypse scrap and repurpose theme. This could be my “crap hits the fan, end of the world” carriage. I don’t know if i’ll get there but I’d also like to integrate a small motor as I expect this build to get heavy quickly.