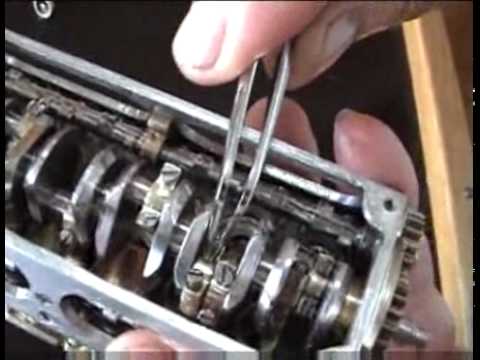 I was really struggling to come up with an idea for this project. I originally wanted to create a product, something novel, as that’s where I want my career to go. Something where I could show you fancy hand sketches and then some sweet 3D printed prototype in a week or so, but I couldn’t think of anything. As engineering students are always taught to find the most efficient this and the most cost effective that. The system that best accomplishes the goal, but how do I make this aesthetic?

But then I realized my goal was the aesthetic. So like any good student, I defined the problem. I went back to our first survey and thought of my response to what aesthetics mean to me. Still nothing, so I sat on it for a couple weeks. Even talked with Professor Hertzberg. I eventually realized I wanted to make something high tech even if it shouldn’t be. I toyed around with a pen, scooter, all sorts of things. I was trying to see if there was a way I could incorporate machined aluminum or carbon fiber into the mundane, everyday item. Then remembered this video I saw a number of years ago.

Now it’s 9min long, but this guy spent over 1000 hrs hand machining this v12 engine. I find his attention to detail and machining on such a precise scale absolutely beautiful and definitely an aesthetic by my definition. So I set out to see what I could do.

As someone graduating very shortly I liked the irony of going back to the roots. Most of us are soon to be full fledged mechanical engineers, so I thought to the origins of some of the best moments in engineering. The dawn of aviation. It seemed so fitting for a final semester project for my undergrad as I was inspired to go to engineering school from the age of 4 due to my passion for airplanes. So I set out to build a memento to the past and meld it with my simplistic style with high tech influences. My project will be a desktop radial engine.

I drew inspiration from this era in aviation, precision machining, examples of radial engines, and current high tech standards such as the apple aesthetic and carbon fiber. Following these inspirations, I did extensive research into radial engines, specifically how they function and how to machine them on a small scale.

I’m not sure if it will be in the budget, but I would like to make the stand out of carbon fiber with two vertical chart gauges that are represented with back-lit bars (like the laptop keyboard). These gauges would show rpm and remaining air. Initially, I wanted to make the engine run on some sort of gas and be a true internal combustion engine, but through research I have discovered that this is way beyond the scope of this course given the time constraints. Therefore I have settled on making an engine that runs on CO2 canisters that are commonly available. If these don’t provide enough air I will have to figure out another solution.

The main issue I am facing is time. To machine this in the way that many of the examples portray takes roughly 1000 hours. I don’t have nearly that amount of time, so I have been designing my engine from the ground up to be easily machined. This has drawn heavily on the tools I have learned in other classes to maximize my efficiency.

As for the aesthetic, I am going for a modern simplistic look, with the irony of old technology. I’m still undecided as to if I will add colors or if I will stick with the machined aluminum. However, this can be left undecided until the engine is up and running. Currently, I’m still working on my CAD models. Hopefully, by the next update, I’ll have all of my models working so that I can show what my final product will look like. This will also allow me to source all of my materials so that I can start building in early March.

Looking forward to getting started on this project. I’m really excited to use all of my skills that I’ve learned over 4 years and apply them to something I can proudly display either at home or in my office someday.