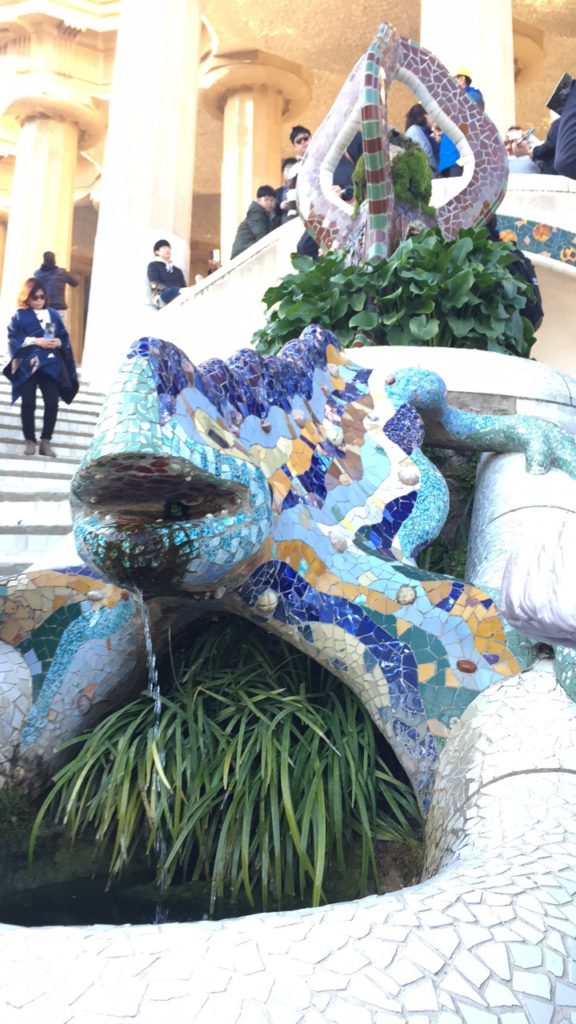 Park Guell lies on the northern face of Carmel Hill in Barcelona Spain and overlooks the city as well as the Mediterranean Sea.

The development of this park was thanks to two men: Eusebi Guell and Antoni Gaudi and was built between the years of 1900 – 1914 a. It was meant to become a living community, however it quickly was re-established as a park. Gaudi was a famous architect at the turn of the 20th century and is most known for his designs of the Sagrada Familia, pictured below b. The Sagrada Familia is still under construction, as you can see from the picture.

The attraction of this park is due to the hundreds of thousands of colored tiles that cover each infrastructure. You can see in the picture below that the roof of this building, which is one of only two houses ever built in the park, is covered in these tiles.

When walking around the park, there are also many walls and fountains that are tile-covered that add to the overall aesthetics.

(One of the tiles on entrance wall – Photo taken by me)

(Tiled ceilings – Photo taken by me)