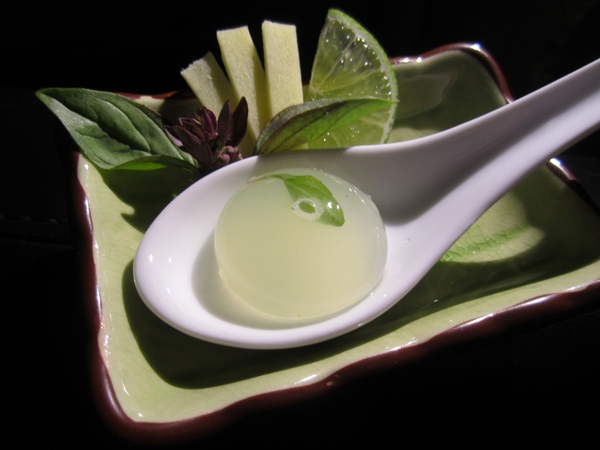 Molecular gastronomy is the study and science of the physical and chemical processes that occur during cooking. It is a modern style of cooking first used publicly by Nicholas Kurti and Herve This recently in 1988. Molecular gastronomy uses modern scientific techniques to obtain a world class style and aesthetics of cooking. It was also the first discipline of cooking to study the physical and chemical transformation. This is surprising because out of the many things human choose to study, food is put off until the 20th century. There are many styles of molecular gastronomy that uses different disciplines of science. A liquid sphere such as the image above is a great example of what could be produced. The sphere can contain any type of soup or drink. Make the sphere a little smaller and it creates a man made caviar.

Fancy foods such as sushi…

And even dessert such as ice cream made from nitrogen!